Applies to: AEM Forms on JEE

If a LiveCycle application (at last configured Shadow Node Root) and a folder in AEM forms (/content/dam/formsanddocuments) share an identical name, the application with the identical name is not migrated. An error “application(s) could not be migrated due to conflicts. Kindly migrate these applications manually from AEM Forms UI” is logged.

The migration of the assets takes place only from the last active shadow node root path.

Assets and folders containing the special characters Hash (#), Square Brackets ([ ]), and semi-colon (;) in the name cannot be synced to CRX repository. So, such assets and folders are not synchronized.

If the thumbnails of a few assets are not generated after performing an upgrade from LiveCycle ES4 SP1 to AEM forms on JEE, perform the Manual synchronization to generate the thumbnails. 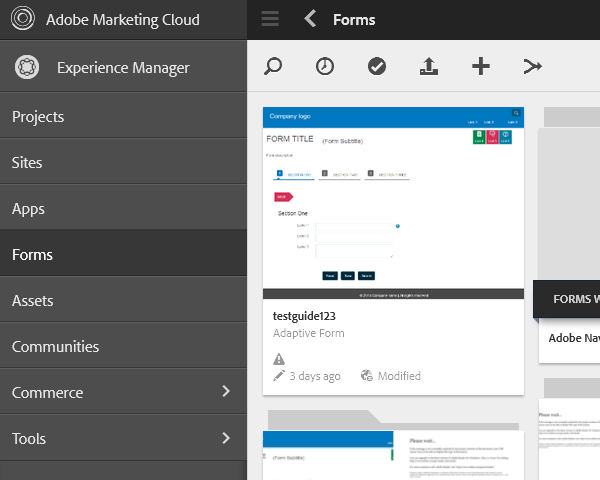 Log in to AEM forms. The default URL is http://[Server]:[Port]/lc/aem/forms/ 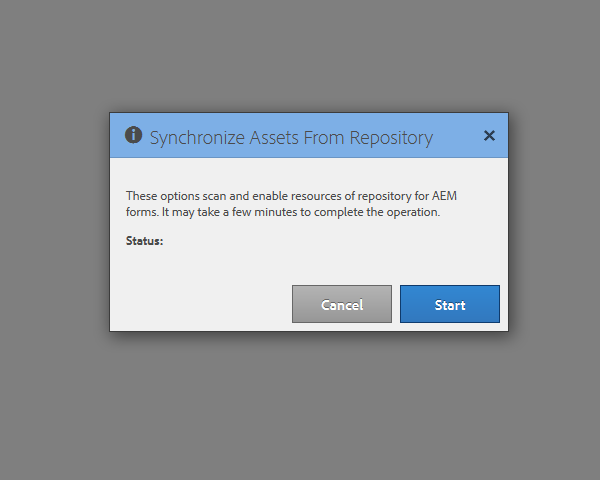 icon on the toolbar. If an application at the old shadow root node has name identical to a general folder present at /content/dam/formsanddocuments, the asset migration for such applications would fail. The user would be presented with an error dialog box. The dialog box would list the applications which have identical names.

To resolve the issue, delete the conflicting general folder from AEM forms UI, and then Manually Synchronize the assets.

There are two ways an application could be getting synced to AEM Forms from Livecycle workbench.

1) One manually synchronizes all applications.

2) One creates an application or uploads a livecycle archive in workbench. This application is automatically synced without any user interaction.

In both the above mentioned cases, there could be a conflict scenario if the application being synced has a name identical to any of the general folders already present in AEM Forms. In the first case, a dialog will appear... and bla. In the second case, an error "An asset.... level " is logged in the server logs.

In order to resolve these conflicts:

2) Delete the application from workbench and create another application with a different name. This will automatically get synced to the AEM Forms.

If the LiveCycle application being synced from Workbench has name identical to a general folder, the asset synchronization for such applications would fail. The user would be presented with an error dialog box. The dialog box would list the applications which have identical name. To resolve the issue, 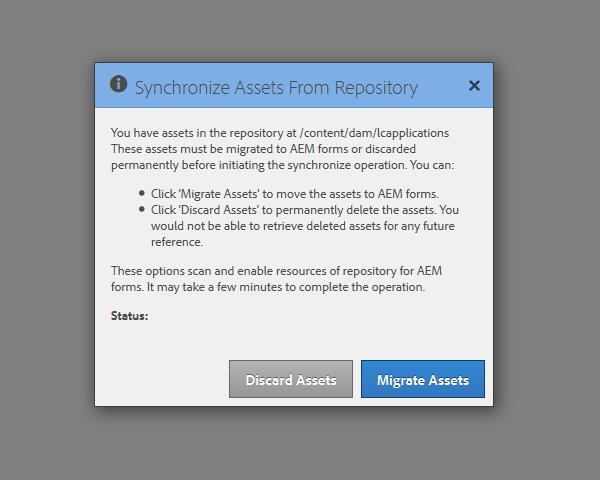 If the syncronisation fails: 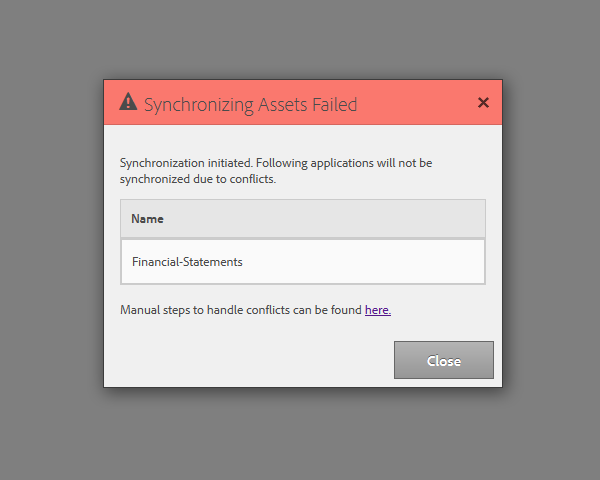 If the newly created application and a folder at /content/dam/formsanddocuments has identical name, then the dialog box shown in figure 5 appears. An error " An asset with the same name as this application already exists at root level." is logged.