This tutorial assumes that you have some knowledge of LiveCycle Designer ES.

"Form fragments" is a brand new feature in LiveCycle Designer ES. In a nutshell, this new feature allows you to extract common elements, such as a form header and footer, across multiple forms and place them in a separate file called a "fragment". By leveraging the form fragment feature, you can greatly reduce the complexity of your forms and improve maintainability.

In this tutorial, Adobe Computer Scientist Stefan Cameron will walk you through the steps of working with form fragments. You will learn how to create new fragments, incorporate fragments into existing forms, and simultaneously update multiple forms using fragments. For more information on fragments and other new features in Designer ES, check out Stefan's blog. 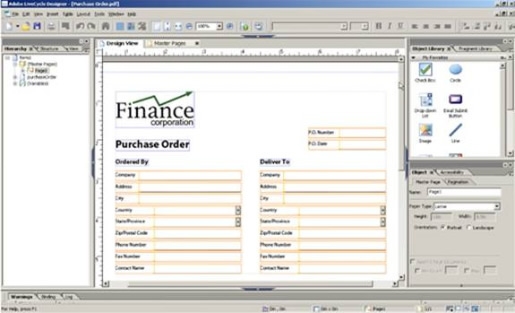