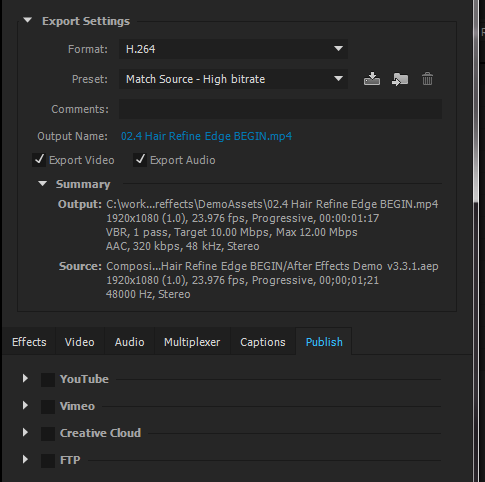 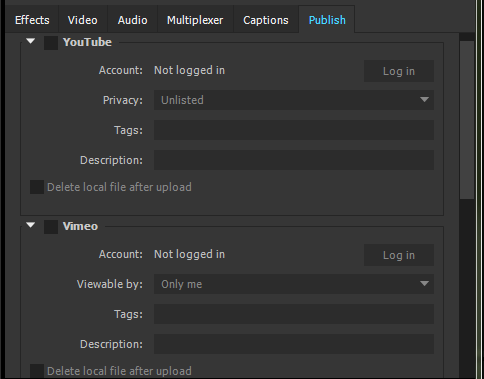 The latest release of Adobe Media Encoder has two new video publishing destinations, YouTube and Vimeo. The new destinations are located under the Publish tab in the Export Settings dialog box.

For more information about the settings available for uploading a file to YouTube and Vimeo destinations, see the Publish settings section.

For more information about the presets, see the GoPro CineForm codec section.

The speech-to-text functionality has been removed from the December 2014 release of Adobe Media Encoder CC, Premiere Pro CC, and Prelude CC.

If you already have sources with speech-to-text metadata generated using earlier versions of Premiere Pro or Prelude, you can continue to use it in the same way as before in the latest version of Adobe Media Encoder.

To include the speech-to-text metadata in Adobe Media Encoder when exporting the files:

See the Speech Analysis article for detailed information about the removal of this feature in Premiere Pro.

When you export files to the Waveform Audio format, you can now export each channel as a separate mono file. 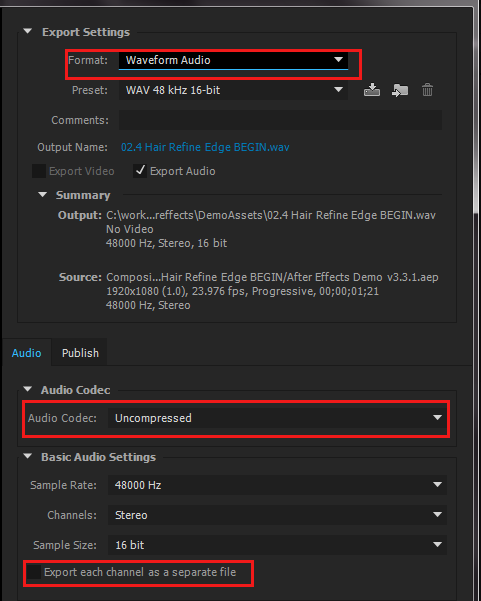 Export channel as a mono file

There is a new preference Export each channel as a separate audio file in the Export Settings dialog box.

When you select an uncompressed audio codec in the Waveform Audio format, and check the new preference, each channel from the multichannel encoding is exported into a separate mono file. For example, when you export a 4ch audio with this option enabled, you will get four separate mono files, instead of one file containing all four channels.

See the Audio settings section under Export Settings article for information about the different audio settings in Adobe Media Encoder.

Upload files directly to Creative Cloud with the latest release of Adobe Media Encoder. Automatically encode After Effects, Premiere Pro, and FCP XML files using the Watch Folder, learn about the new QuickTime and DCP presets, and multiplex files while encoding. Read on for detailed information about the latest updates and improvements in Adobe Media Encoder CC.

The new Publish tab in the Export Settings panel replaces the FTP tab and can be used to upload files to an FTP server or to Creative Cloud. All uploads are now done in parallel without blocking other encodes. The Queue panel displays the state and progress of FTP as a new child item for an output. 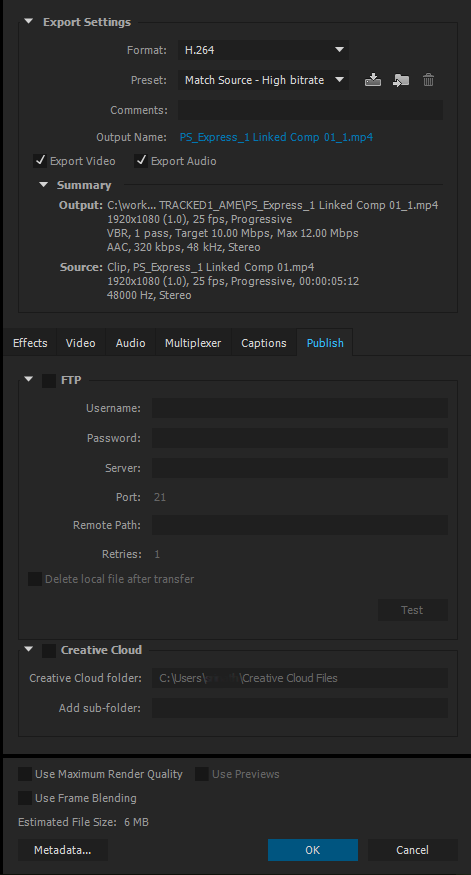 You can now import and automatically encode After Effects, Premiere Pro, and Final Cut Pro (FCP) XML projects into Adobe Media Encoder using watch folders. You can also import a file that you have created via scripting provided the XML structure is valid.

The DNxHD/MXF OP1a presets function is a little different from the traditional match source behavior. There are no controls to do a match source on the specific parameters. Use these presets to simplify your workflow when you want to get your media into an MXF wrapper. You do not have to choose from any settings and can use this preset directly. The following source media are supported:

QuickTime codecs can now automatically match the parameters of your source file. You can apply a QuickTime preset and select Match Source from the Export Settings dialog.
If the destination codec does not support a specific value such as frame size, it will use the
closest available.

Multiplexing during encoding has the following advantages:

PCM audio format is not multiplexed during encode.

There is a new GoPro Cineform codec available natively in a QuickTime wrapper that supports resolutions up to 4K and includes alpha channel support.

There are three new GoPro CineForm Match Source presets that you can use with the QuickTime format:

Uncheck the Frame Rate and Aspect ratio settings to edit the settings. For unsupported sizes such as GoPro 2.7K, change the resolution settings and down-scale to 1080,2K, or 4K or upscale to 6K. 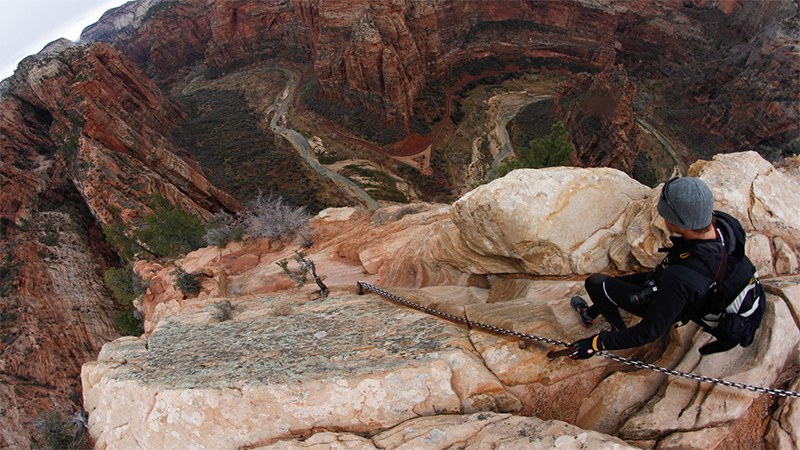 Watch this video to learn about the GoPro CineForm intermediate codec designed for editing and post-production that allows for multiple encodes of the same material with minimal loss in quality.

The following links provide more information about the GoPro CineForm codec in After Effects and Premiere Pro:

The 2014.0.1 release of Adobe Media Encoder is focused on changes to presets including new higher resolution YouTube presets and improving overall quality of the output.

There is improved color calibration from QuVIS for BT709 workflows resulting in improvements in source color matching, color saturation, and increased detail in darker areas.

The user Preferences file and the Presets folder is now located in the Documents folder.

The following new YouTube presets have been added (with support for higher resolution presets):

The Target and Max bit rate of the new presets are higher resulting in higher-quality videos.

YouTube automatically re‐encodes all uploaded videos. Hence even if the 2‐pass encoding option is used (which results in higher quality), this quality is often lost in the final output. All videos are therefore switched to 1‐pass encoding which helps to reduce the overall encoding time.

If you do not have Adobe Media Encoder already installed on your system, the application will be installed when you install Premiere Pro, After Effects, Prelude, or Flash. 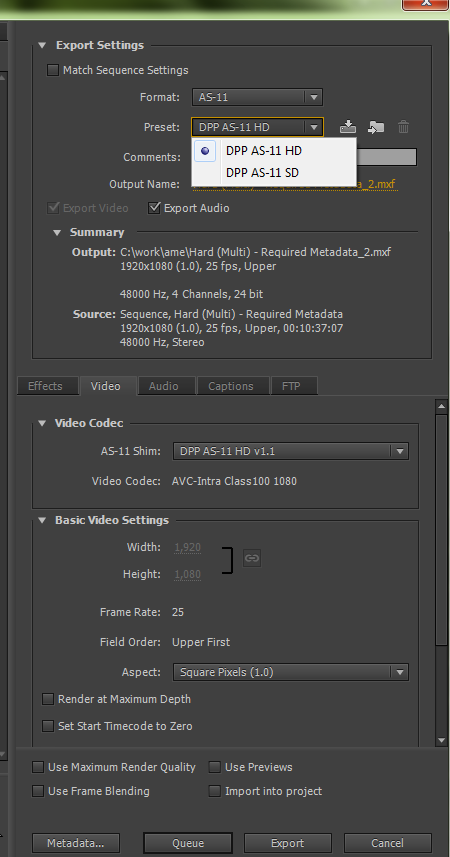 To add to the wide range of encoding options present in Adobe Media Encoder, you can now create files based on the AS-11 UK DPP version 1.1 common delivery standard for the UK broadcasters.

For more information, see the Encode and export video and audio section and the Export settings reference for detailed encoding options.

The latest release of Adobe Media Encoder CC does not include Flash export capabilities, and you cannot export projects to FLV or F4V formats. There are no presets available for FLV and F4V files. See this blog for additional information.

Use previous versions of Adobe Media Encoder (version 7.2) if you want to export files to FLV and F4V formats.

You can however still import FLV and F4V files into Adobe Media Encoder.

For information about how this change affects Dolby audio playback in your product, see Adobe Creative Cloud apps use native OS support for Dolby.

There are two new Dolby codecs, Dolby Digital Plus and Blu‐ray compliant codecs. You can also set some additional Dolby Digital settings:

Updates to import and export settings

There is a new preference, Indeterminate Media Timebase, under Edit > Preferences > Media that you can use to set the frame rate for sources without an inherent time base, such as image sequences. 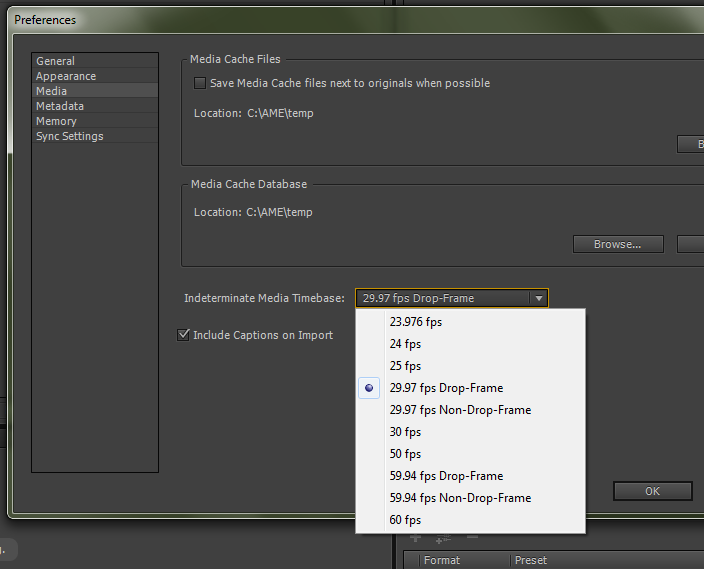 The Wraptor DCP (Digital Cinema Package) exporter by QuVIS is a fast and easy way to create DCP files for projection at digital theaters at 2K with 24fps and stereo or 5.1 audio.

Note the following points about the DCP exporter: