Learn how you can share your feedback on Adobe apps directly with us through our public beta offerings. 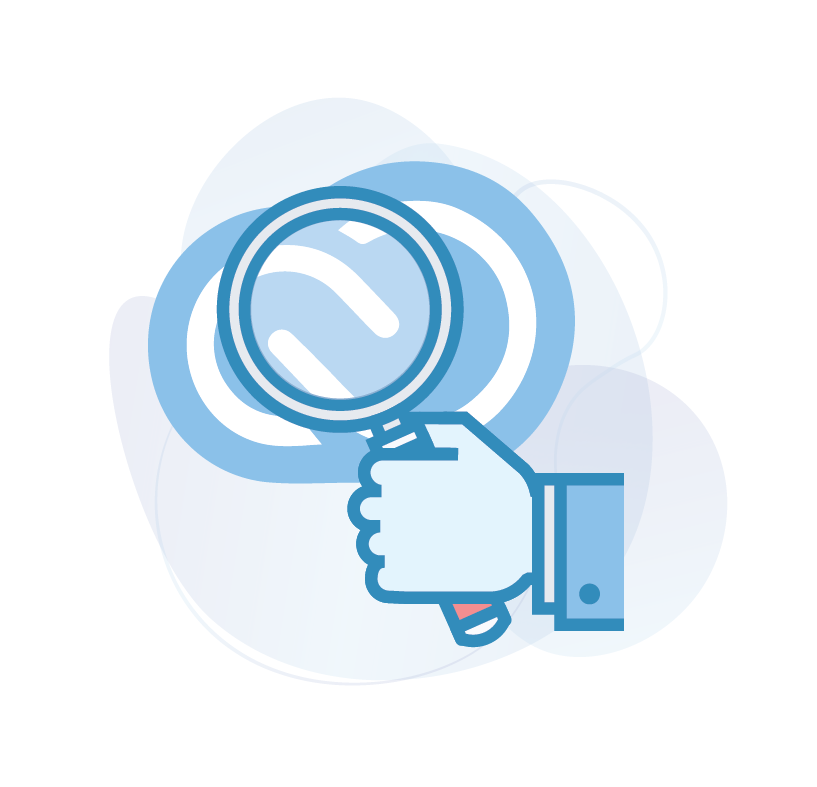 Our public Beta offers Beta builds of the Adobe applications to Creative Cloud members. Read on for more information.

Public Beta is for users who want to share their feedback directly with Adobe through testing of new fixes and features during product development.

Beta builds are available via the Creative Cloud desktop app as separate installations. You can run Beta builds side by side with release versions of the applications.

Choose the Beta apps category in the left sidebar in the Creative Cloud desktop app. Install and use the Beta builds of the application you want to work with.

The roll-out of the Beta apps section in the Creative Cloud desktop app, along with Beta builds therein, will take place in small, randomized increments and will ultimately be available to all Creative Cloud members within a few months. No additional action is required.

Beta builds are updated frequently, as often as daily. Install Beta builds when you want, or enable the Auto-update option for your application in the Creative Cloud desktop app preferences.

Note: For some Enterprise customers, this option may be disabled by the company’s IT department.

Public Beta invites interested users to engage directly in product development. Public Beta is part of our commitment to deliver world-class applications that run well across a wide range of system configurations.

To personalize your experience and improve our products, Beta apps send Adobe information about how you use them. Your regular app settings do not apply to Beta apps.  For more information, see App usage information.

Is public Beta for me? 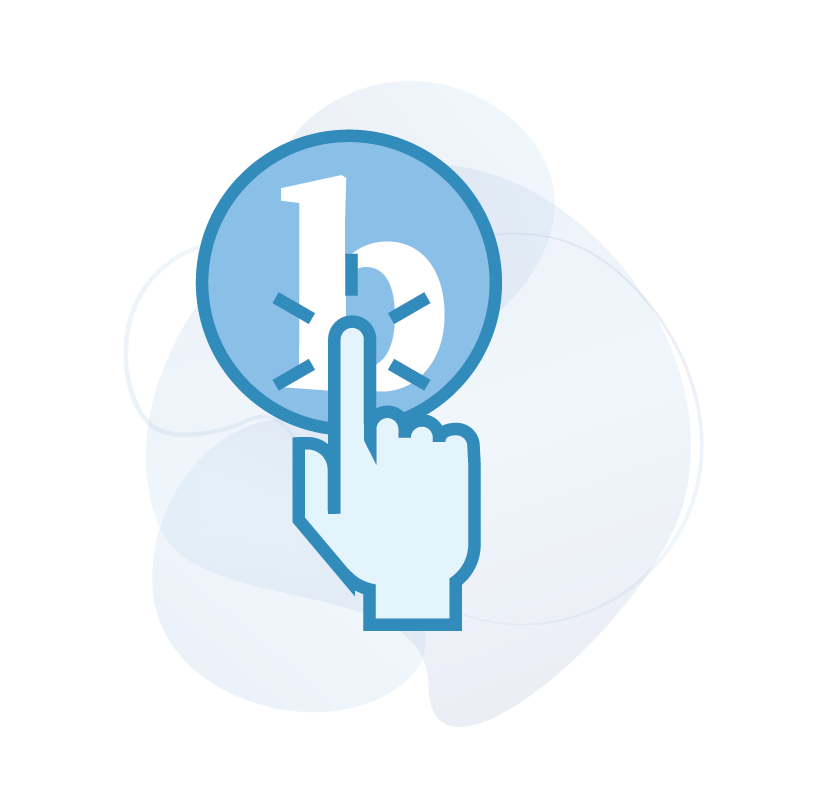 The public Beta will be available to all Adobe Creative Cloud members. You can join the program if you are willing to run separate builds and engage with our product teams.

Public Beta is for users who would like to test builds and share feedback with the Adobe product teams. Beta participants want to engage with the development process, are willing to run separate builds of their applications, and understand they may encounter unforeseen issues due to unique system configurations.

The public Beta will be available to all Adobe Creative Cloud members.

Note: The roll-out of the Beta apps section in the Creative Cloud desktop app will take place in small, randomized increments and will ultimately be available to all Creative Cloud paid members. No additional action is required.

No. All users will benefit from the expanded base of user feedback and testing during product development through public Beta — whether they participate or not.

The Adobe Premiere Rush mobile beta builds can be downloaded on the Google Play Store (Android) and Testflight (iOS).

You can uninstall Beta builds at any time using the Uninstall command in the Creative Cloud desktop app. Any documents created with the Beta version will remain on disk. 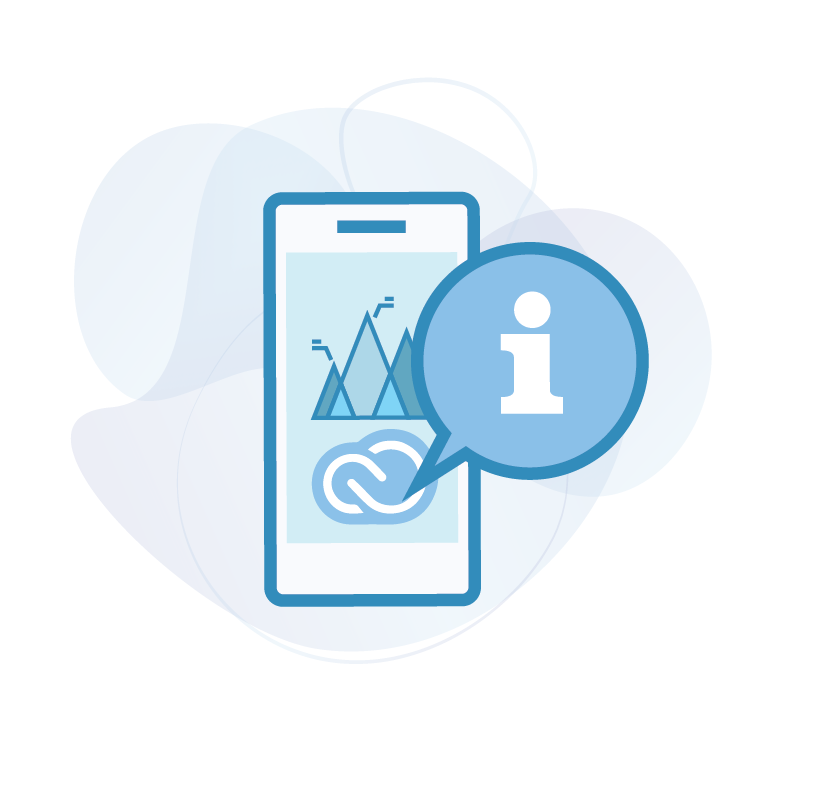 To ensure optimum experience and improve our products, Adobe may collect some information regarding devices, your documents, and your interaction patterns. Read on for more information.

To personalize your experience and improve our products, Adobe may collect the following information:

Your regular app settings do not apply to Beta apps. If you don't want to share Beta app usage information with Adobe, you should not download or install Beta apps. 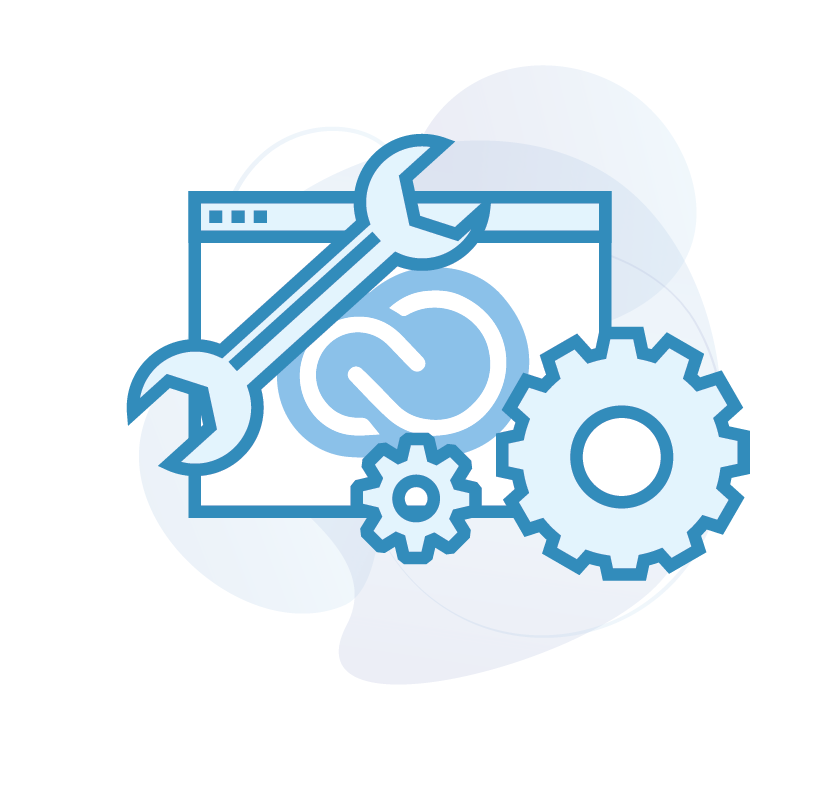 Beta builds are only available in certain specific operating systems. We also have a list of recommented system requirements. Read on for more details about installation and setup.

Select the Install or Update button to install the latest version of the Beta app. New Beta versions are released frequently, as often as daily.

You can opt in for automatic updates for each Beta app using the preferences in the Creative Cloud Desktop.

A Beta build is installed in its own folder (for example, Adobe Character Animator (Beta)), separate from the release version of the app. This allows you to evaluate Beta builds without impacting work you are doing with release versions. Beta apps have separate preferences and default user documents folder that will not change the user settings in your existing installation.

Third-party plug-ins already installed in release versions should be available in the Beta builds. If you don’t see a plug-in in a Beta build, contact the vendor to confirm they have support for Beta builds of the Creative Cloud applications.

You can uninstall Beta builds at any time using the Uninstall command in the Creative Cloud desktop app. Any documents created with the Beta version will remain on disk. 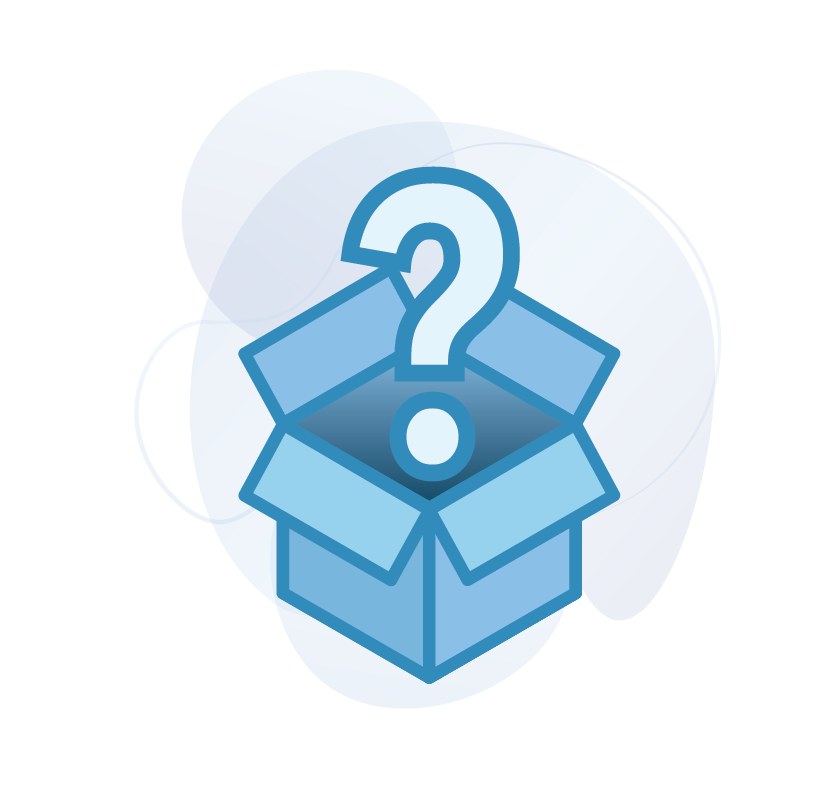 We are sure you will have questions regarding what to expect while using the beta builds or interacting with our teams. You might also what to know how your feedback will be used by us.

The public Beta is updated frequently, sometimes even daily, with new builds that address bugs and add improvements. As soon as we have determined that a Beta-tested feature or fix is ready, it will be added to the next release version of the product. Updates to release versions of the applications happen approximately once per month.

Visit the Beta forums with feedback and questions about Beta builds.

In the upper right-hand corner of Beta apps, click on the Provide Feedback icon. From the drop-down menu, choose Visit the community to be routed directly to the app-specific Beta community forum.

For help with release versions of the applications, visit Adobe Customer Care on the Adobe Community, help pages, or Twitter.

The Beta builds are stable enough to work with but inherently less predictable than release versions. Using Beta builds allows you to test new builds and bug fixes and support product development with your feedback. For work on critical projects, we always recommend using the release versions of your Adobe applications.

We prioritize bug fixes based on user impact — considering both the severity of the issue and the number of customers affected.

We use in-app surveys and data signals in Beta builds to aggregate user and product feedback on fix and feature readiness.

Release notes are included in the What’s New panel of each Beta build. Access this information by clicking the Erlenmeyer flask icon in the upper right of the app.

Look for the Erlenmeyer flask icon in the upper right of the app.

We strive to make each Beta build more stable than the last. If you are experiencing issues, update to the latest Beta build to see if it is resolved. At any time, you can switch over to the release version of the application.

Due to the frequency of Beta builds, features and bug fixes — along with descriptions of them in the What's New dialog box — may first appear in English. Translations will follow shortly after. 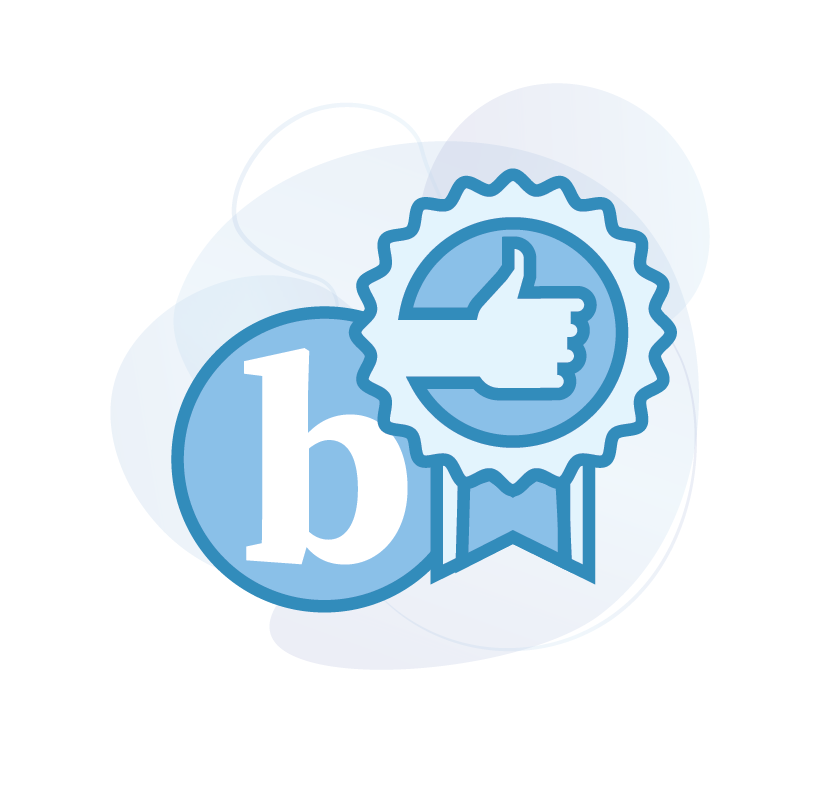 Read on to know the best practices for working with Beta versions.

Beta builds have their own preferences which will not impact the release versions of your applications. The following section describes other areas of potential impact from working with Beta builds:

We recommend creating copies of your projects and files before using them with the Beta builds.

In most cases, plug-ins and extensions used in a release build will work with the Beta build. If you experience issues, check with the plug-in or extension vendors regarding compatibility with Adobe Creative Cloud applications.

Dynamic Link works only between other Beta apps, not with release versions of apps.

For Photoshop and Illustrator files, the Edit Original command should work as-is with release versions of Photoshop or Illustrator.

Beta builds are designed to preserve compatibility with release versions so you can move files between the two. Moving project files from a Beta build to the release version will drop features that are only available in Beta, and sometimes not be possible at all. 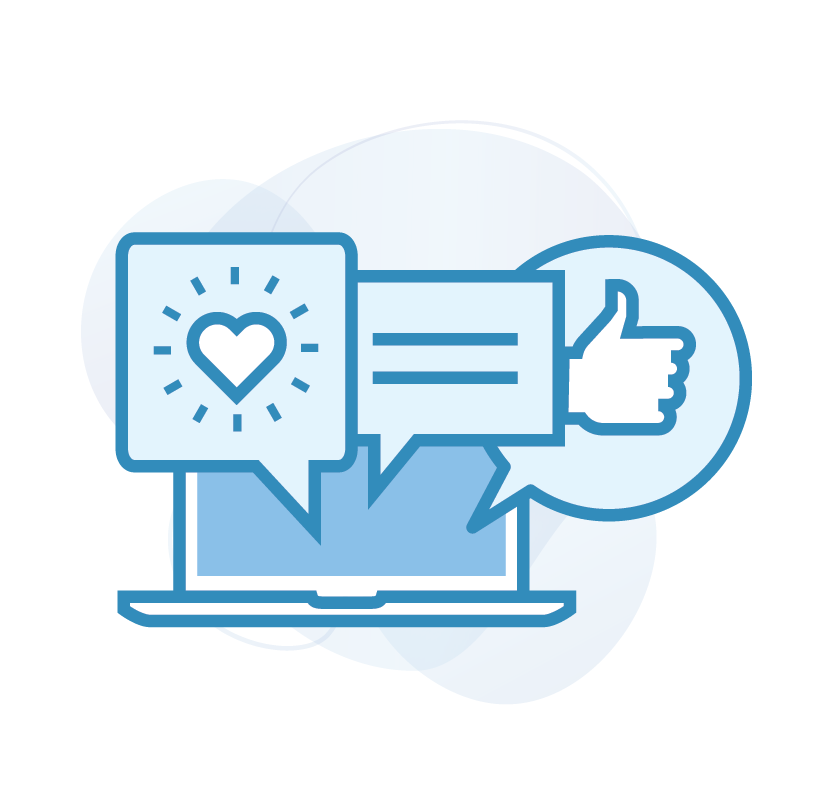 Your feedback is very important to us. You can report a bug, request for a feature, or reach out to us by visiting the forums.

In the upper right of Beta apps, click the Provide Feedback icon.

From the drop-down list, choose Report a bug to submit an issue via the Beta community forum.

From the drop-down list, choose Request a feature to submit an idea via UserVoice.

From the drop-down list, choose Visit the community to be routed directly to the app-specific Beta community forum.