For more information about forms portal and its features, see Introduction to publishing forms on a portal.

The Search and Lister component of roms portal displays the forms available on the Publish instance of the AEM server. This list includes all forms or the forms defined in the filter at the time of authoring the forms portal page. A forms portal page looks similar to as shown in the following image: 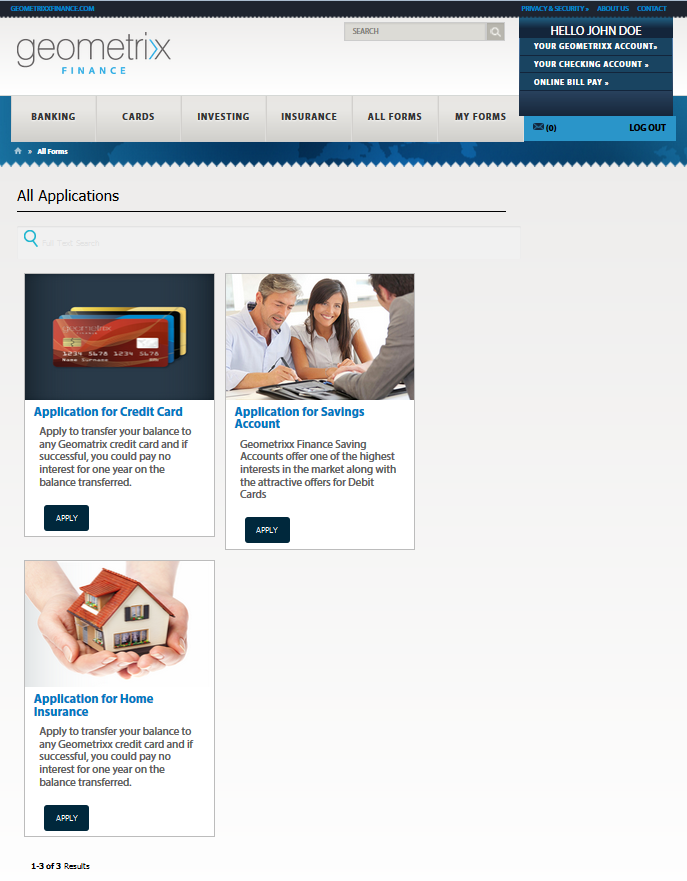 The Search and Lister component allow you to add the following functionality to your forms portal:

Full text search allows you to find and list forms based on the specified keywords.

Advance Search allows you to search forms based on specified form properties. This provides a more specific results than full-text search. Advance search includes search based on tags, properties (such as Author, Description, and Title), modification date, and full text. 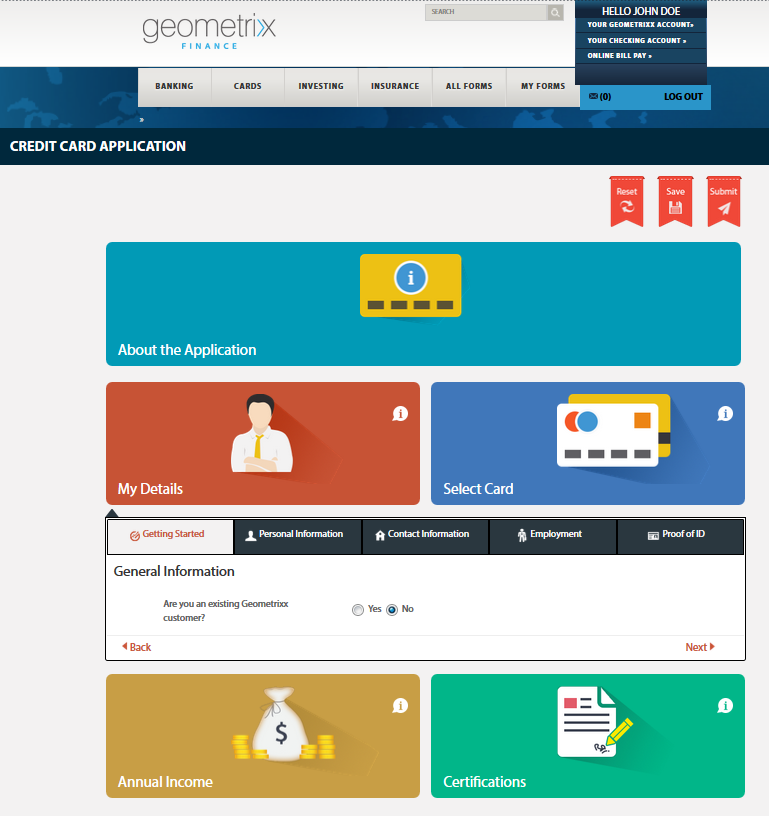 Submitted forms appear in the Submitted Forms tab only if the submit action for the adaptive form is configured as Forms Portal Submit Action. For more information about submit actions, see Configuring the Submit action.

There are certain forms that you need to fill and submit quite often. For example, the form for filing individual tax return is submitted every year. In such cases, while some bit of the information changes every time you fill the form, most of it like the personal and family details do not change. However, you are still required to fill the entire form again, from scratch.

When you click the button to initiate a new form, it opens a new form with data from the corresponding submitted form. You can now review and update the information, as required, and submit the form.