Introduction to publishing forms on a portal

In a typical forms-centric portal deployment scenario, forms development and portal development are two disjoint activities. While Form Designers design and store forms in a repository, Web Developers create a web application to list forms and handle submission of forms. Forms are copied over to the web tier as there is no communication between the forms repository and the web application.

Such scenarios often result in management issues and production delays. For example, if there is a newer version of a form available in the repository, you need to replace the form on the web tier, modify the web application, and redeploy the form on the public site. Redeploying the web application might cause some server downtime. Typically, the server downtime is a planned activity and therefore the changes cannot be pushed to the public site instantaneously. 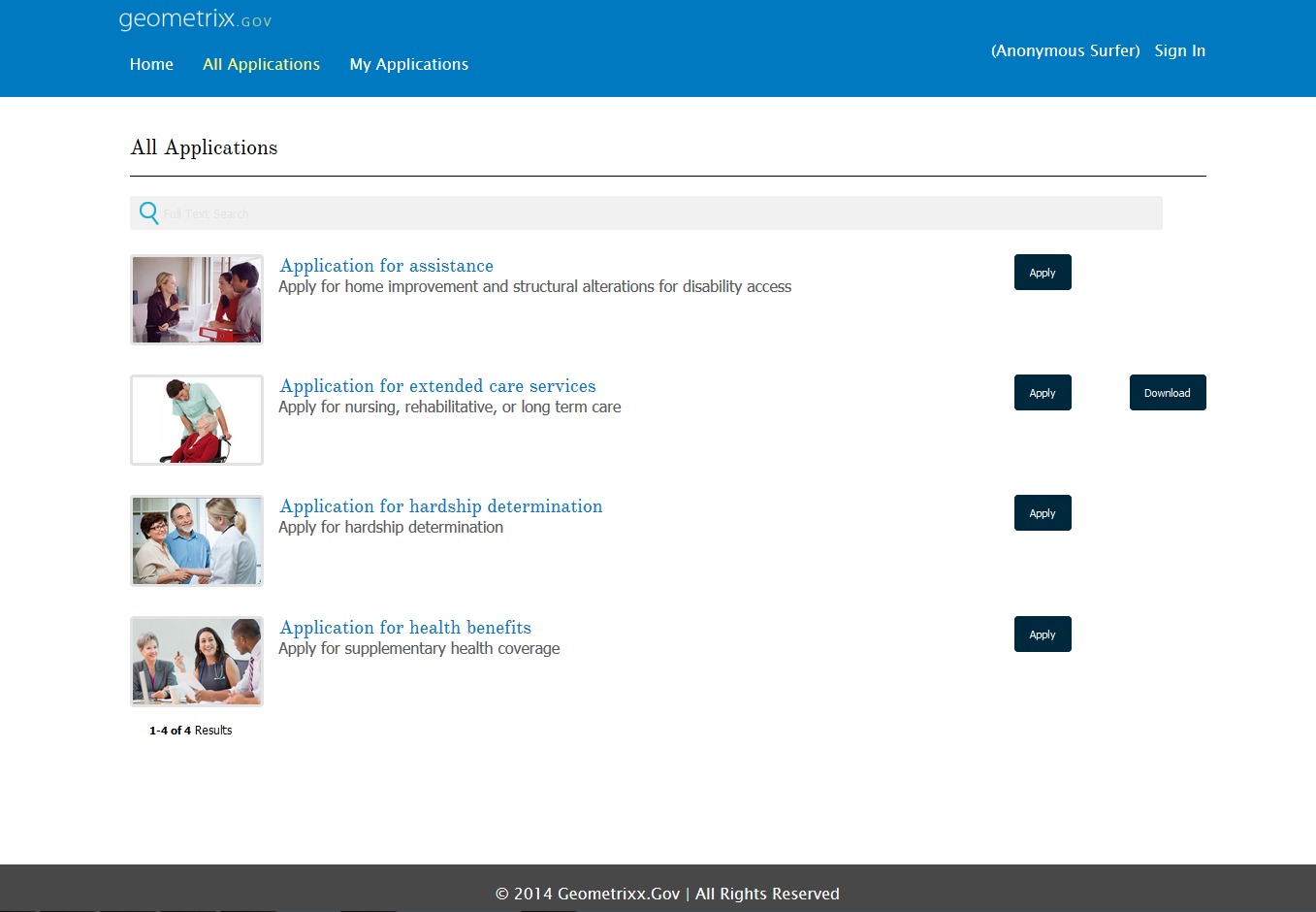 The form portal components allow you to add the following functionality:

The Link component allows you to create a link to a form anywhere on the page. Consider a scenario where you are offering a training program, and you want your users to submit a form to register for the training. On your website, you have posted the program details. Below the details, you want to provide a link to the registration form. The Link component can help you create that link.