Adobe® Prelude® ships with several exciting features and enhancements. Read on for a quick introduction to these features and links to resources offering more information.

You can now ingest still images into Prelude. The following formats are supported: 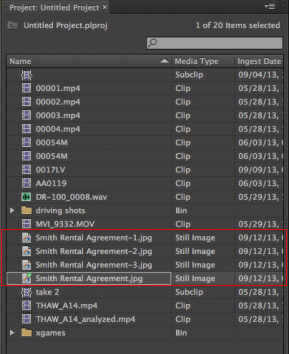 You can now apply metadata from multiple XMP files—stored on your computer or downloaded from Creative Cloud—to one or more clips. When you select an XMP file in the left pane of the Unassociated Metadata dialog, the markers in it are listed in the right pane. You can select the desired markers and apply them on one or more selected clips.

Before applying markers to clips currently selected in the Project panel, ensure that the Apply Markers At option is set to Marker Start Time. The Current Player Position option is applicable only to a clip open in the Timeline/Monitor panel.

You can now export markers from selected assets as a CSV text file or a well-formatted HTML page (File > Export > Markers). In Prelude CS6, conforming/PEK file generation did not happen until a clip was opened in the Timeline/Monitor panel. In Prelude CC, all assets are conformed during ingest. With this enhancement, all audio is available when required. Audio during playback is now available from the Project panel's thumbnail view.

Similar to the workflow available in Adobe Premiere Pro, you can analyze clips using Adobe Prelude to turn speech into searchable metadata. Scripts from Adobe Story can be used to guide the speech analysis engine and improve accuracy.

Prelude now has a new Adobe Story panel directly within the application that displays a list of available scripts in your Adobe Story account. You can simply drag and drop scenes onto clips in Prelude's Project panel to associate scripts with the video clips. Then, you can select the clips and analyze them.

The Ingest dialog allows you to create your own naming conventions and save them as presets. You can also share presets using the Import Preset feature.

The way in which files are renamed depends on the type of media being ingested. For simple video assets (QuickTime, AVI, and so on), the entire asset is represented as a single file. Prelude renames the asset file on disk to match the naming convention.

If you are ingesting media from a complex folder structure (XDCAM, P2, AVCHD), Prelude renames the alias used in the Project Panel. In addition, the new name is written to the XMP metadata (Title field of the Dublin Core XMP schema). Because this field is used by Premiere Pro when displaying project alias names, the appearance and behavior of your media through cross product workflows remains consistent.

You can now ingest and log growing files while they are still being recorded. In the Media section of the Preferences dialog, you can customize the refresh rate for growing files.

This feature has additional hardware and software requirements.

The Preroll setting lets you factor the delay in adding markers when the movie is in playback mode. In the Marker section of the Preferences dialog, you can specify the Preroll time for markers.

Markers added while the open clip is not playing do not use the preroll time, they start at the location of the Current Time Indicator. 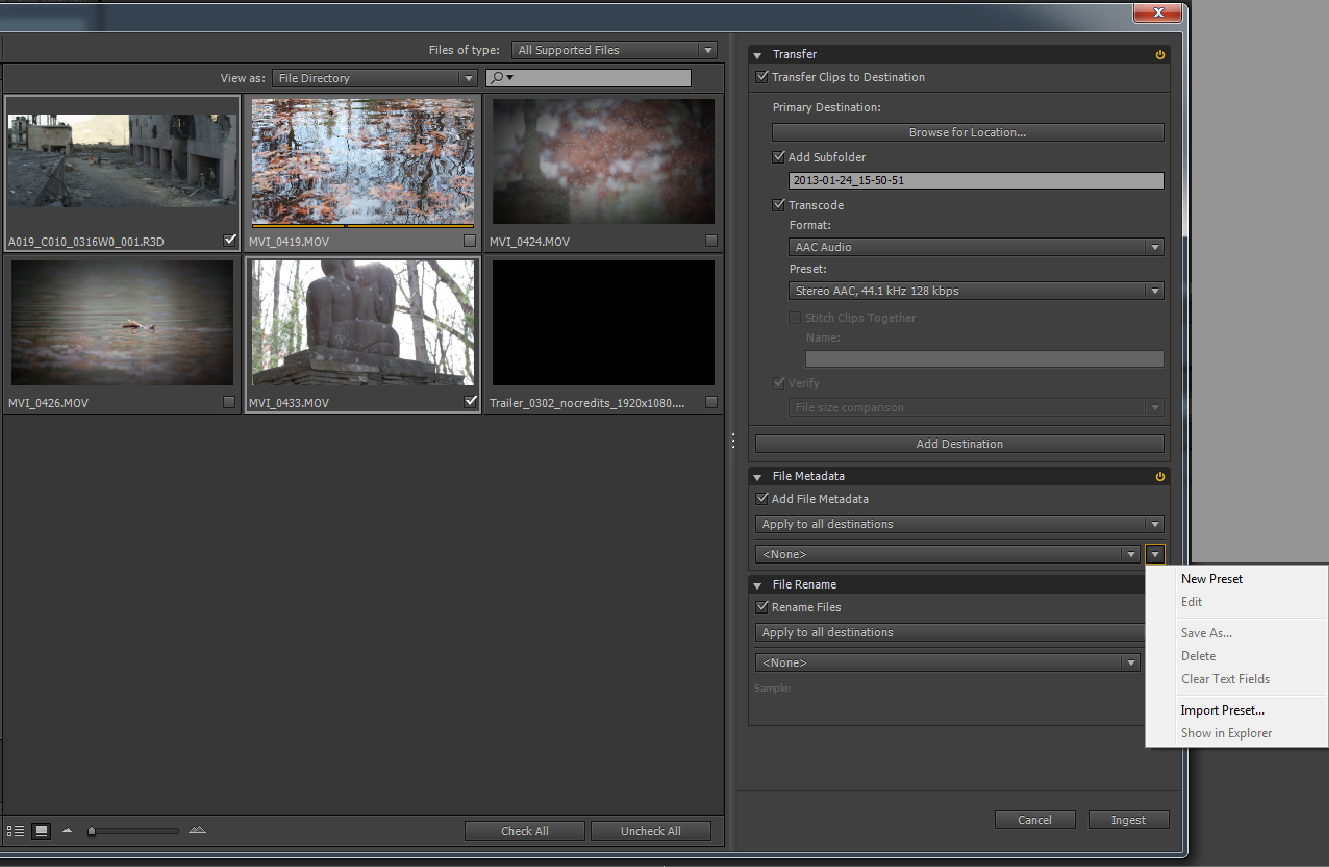 To relink a rough cut with its assets, right-click the clips inside the open rough cut and select Relink. Select the asset from its current location. Prelude relinks the selected asset, and other assets associated with the rough cut present at that location.

This feature requires that Premiere Pro be installed on your computer. 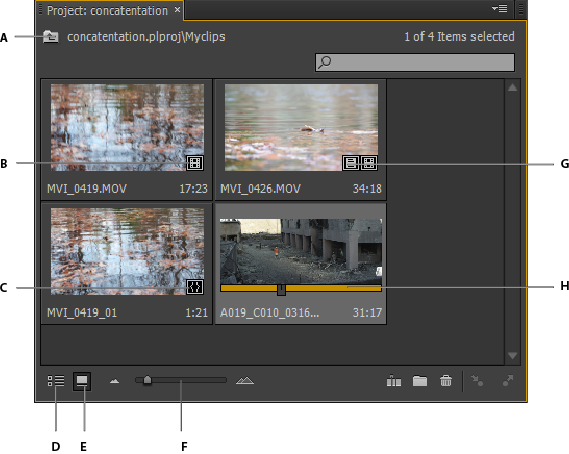 The user interface for switching between a rough cut and an open clip is now standardized with other video applications from Adobe.

CC: Use the options in the menu of the Monitor or Timeline panels to switch between a rough cut and an open clip.

CS6: Click the name of the rough cut or the open clip in the Timeline or Monitor panel.

You can upload asset metadata to the Creative Cloud as an XMP file. You can later download the XMP file to Prelude running on another computer or device and apply that metadata to assets. The metadata is downloaded to the Unassociated Metadata panel.

For more information, see Use the Creative Cloud to upload and download asset metadata