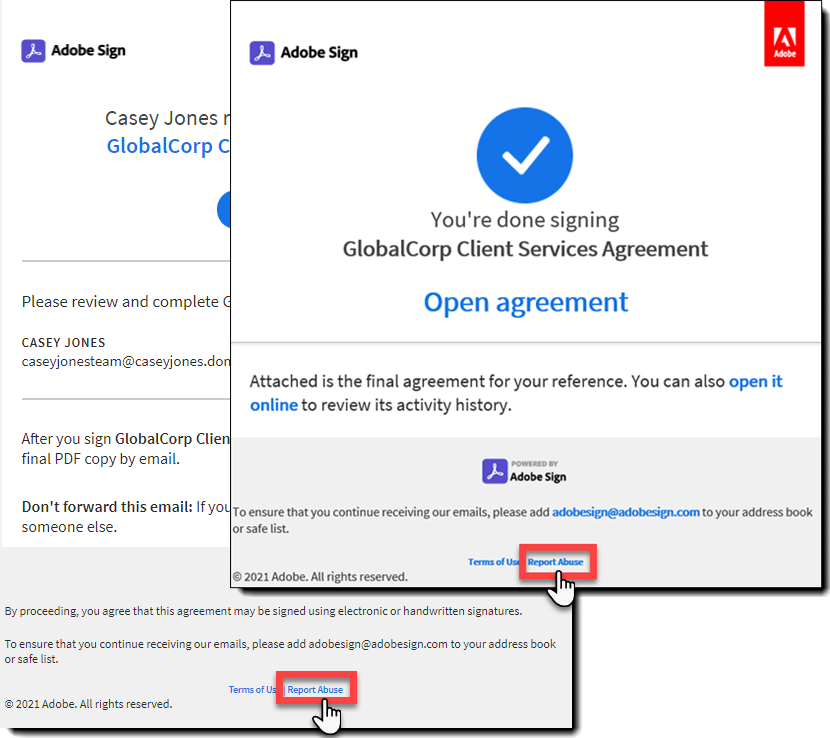 Customers that use the embedded Send page in their applications or integrations will also have access to the notary functionality.

After the agreement is configured and the sender clicks Next, the sender is presented with additional configuration options for the notarization process: 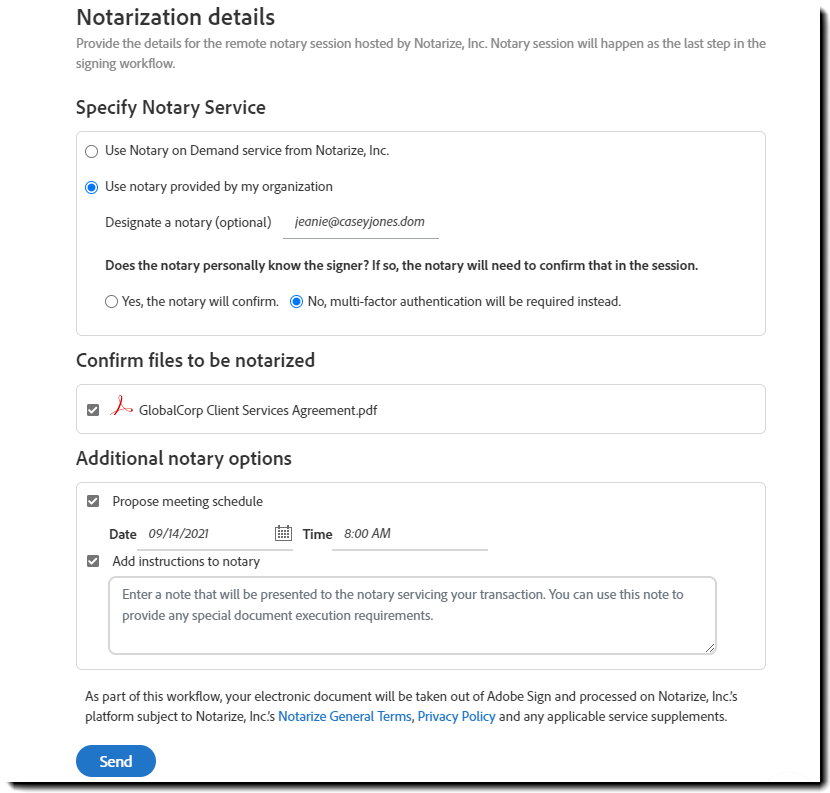 Full details on the Notarize Integration can be found here >

The POST /agreements API has been updated to support sending an agreement for notarization.

The FileInfo definition will need to be expanded to indicate which documents should be notarized.

The ParticipantInfo definition has been expanded to allow the notary authentication method to be specified.

A new optional notaryInfo field has been added to the AgreementInfo definition to contain the NotaryInfo object that specifies additional options associated with notarization.

Existing error codes for POST /agreements remain unchanged. We have defined a new error code as given below:

In the request's AgreementInfo object, "status" element will include the new agreement status "WAITING_FOR_NOTARIZATION".

The API can be used by customers (notary signers) to obtain a signing token that allows them to complete the esign phase of the flow.

The API can be used by customers (notary signers) to complete the esign phase of the flow. To accommodate the new role, new enum status value has been introduced - ACCEPTED_BEFORE_NOTARIZATION.

The notary signer can follow the below sequence of API calls to complete the esign phase:

Customers can subscribe to new webhook event, AGREEMENT_READY_FOR_NOTARIZATION, to be notified when agreement is ready for notarization. The event is not visible on the webhooks UI & can be subcribed to via POST /webhooks API call.

The following APIs are not modified but their documentation has been updated to include new agreement status "WAITING_FOR_NOTARIZATION" or new role "NOTARY_SIGNER".

API is updated to support new READY_TO_NOTARIZE and NOTARIZED events.

WAITING_FOR_NOTARIZATION status is one of the "status" element values in the DetailedParticipantSetInfo object.

WAITING_FOR_NOTARIZATION status has been added as one of the allowed views.

This document highlights the new features,  experience changes, and resolved issues in the current release.

Not all features/changes are guaranteed to be enabled on the date of the release.