The 2015 release of Dreamweaver CC focuses on responsive design, improvements to code editing features, preview of web pages on devices, and batch extract of web-optimized images with multiple resolutions from Photoshop comps. Integration with the Bootstrap framework helps you build mobile-first, responsive websites. Visual Media Queries further complement the responsive web designing experience by enabling you to visualize and modify your design at various breakpoints.

This release also includes several enhancements to editing features in Live view and CSS Designer. This article introduces these new features and enhancements, and provides links to resources for more help and learning. 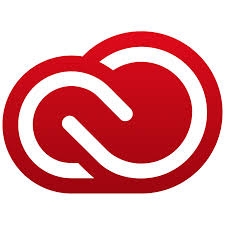 Dreamweaver now lets you test your production-ready web pages simultaneously on multiple devices. You can see how your web page reflows in various form factors and also test interactive features on your pages. All these without having to install any mobile app or having to physically connect the devices to your desktop! Simply scan the auto generated QR code with your devices and preview your web pages on the devices.

Live inspect, when triggered on desktop, reflects on all connected devices and helps you inspect various elements and tweak the design as required.

With this new version of Dreamweaver, you can now debug your code for common errors using linting. Linting is the process of analyzing code to flag potential errors or suspicious usage of code. Dreamweaver can lint HTML, CSS, and JavaScript files when they are loaded, saved, or edited. The errors and warnings are then listed in the new Output panel.

Are you an avid developer who types several lines of code in Dreamweaver? Save your time by using Emmet abbreviations to code. Easy to remember and type, these abbeviations expand into full-fledged code in Code View when you press the Tab key.

If you are working in Split view, you can see any changes to images or colors instantly in Live or Design view. But, when you prefer to work only in Code view, images are just filenames, which tend to be unintuitive most often. Colors (unless predefined colors are used), too, are only a set of obscure set of numbers. With this version of Dreamweaver, you can quickly preview images and colors right within Code view. This feature helps you make a visual connection between the image filenames and the color formats with the actual image or color they represent. As a result, you can take design decisions faster and cut down the development time significantly.

The Code view also displays an error preview. The line number of the erroneous code is highlighted in red. When you hover your mouse over the number, a brief description of the error is displayed.

Snippets are portions of code that you can reuse repeatedly in your projects. This release of Dreamweaver provides new and updated code snippets:

Bootstrap is the most popular, free, HTML, CSS, and JavaScript framework for developing responsive, mobile-first websites. The framework includes responsive CSS and HTML templates for buttons, tables, navigation, image carousels, and other elements that you can use on your web page. A few optional JavaScript plug-ins too are available, which enable developers with even basic coding knowledge to develop great responsive websites.

Dreamweaver lets you create Bootstrap documents and also edit existing web pages created using Bootstrap. You can begin designing your Bootstrap website using one of the Bootstrap starter templates that you can choose from the New Document dialog box (Starter Templates > Bootstrap Templates).

You can also create a custom Bootstrap document from the New Document dialog box (New Document > Bootstrap). Then, build the website brick-by-brick using Bootstrap components such as accordions and carousels using the Insert panel in Dreamweaver. Or, if you have Photoshop comps, use Extract to bring in images, fonts, styles, text, and more into your Bootstrap document.

Whether it is a fully designed Bootstrap file or a work-in-progress design, you can edit them in Dreamweaver to not only edit code, but also use visual editing features such as Live View editing, visual CSS designer, Visual Media Queries, and Extract to make design changes.

For websites created using Bootstrap framework versions prior to version 3, visual editing tools for hiding and unhiding elements, and editing rows and columns (add, resize, offset) are not available in Dreamweaver.

You can edit tables in Live view easily and quickly using one or a combination of the following options:

The editing capabilites in Live view have now become better with the following menus available in Live view:

Using the Insert panel, you can now directly insert jQuery widgets in Live view. Drag the required element from the Insert panel on to Live view and hold your mouse to use one of the following features to insert:

The features above are displayed based on the element you choose to insert.

Element Quick View is now changed to DOM panel (Windows > DOM). The DOM panel provides all the functionalities that Element Quick View provided and more. This panel is available in all workspaces and is persistent, which means, you can open two documents, open, and access their DOM panels simultaneously.

Using the DOM panel, you can:

For detailed information on using the DOM panel and editing the HTML structure using the panel, see DOM panel.

Starting with this release, the Dreamweaver team provides previews of certain features to gather customer feedback. Based on the feedback, these features will be improved upon further and included as core features of Dreamweaver. You can access such features from the Technology Previews category of the Preferences dialog box.

The preview feature in this release is Code Highlighting. This feature highlights all occurences of any selected text in Code view.

To use this feature, perform the following steps:

You can navigate between the highlighted text using the following keyboard shortcuts:

With this release of Dreamweaver, you can generate a custom preview popup that gets displayed when you hover your mouse over the code in Code view. To implement customized previews, you can use the new API, showPreview, along with the existing mm:browsercontrol API. For example, you can use these APIs to display a preview of all the parameters of a JavaScript function when you hover your mouse over the name of the function.

In previous versions of Dreamweaver, you had to select code blocks in Code view and then collapse them. In this version and later, you can collapse code blocks by simply hovering over the line numbers and clicking the triangle that appears.

Code folding (collapsing) is available in HTML, CSS, LESS, Sass, SCSS, JS, PHP, XML, and SVG files and is based on tag blocks.

The Copy, Cut, Paste, and drag-and-drop actions retain the code folding state. For example, when you copy a code block that is collapsed, the Paste action pastes the copied text as a collapsed block.

In HTML files, unlike the earlier code collapse functionality, the collapsed content now contains the closing tag and is rendered differently. Also, the number of characters displayed in a collapsed code block is now increased. This helps you to preview the initial attributes, if any.

Devices not only vary in sizes, but also in resolutions. Your plan for a responsive web design must account for multiple resolution versions of images that are rendered appropriately on devices. However, it can be a daunting task to create so many different resolution versions for all the images in your project.

Extract in Dreamweaver eases up this task to a large extent. While extracting an image from your Photoshop comp in the 2015 release of Dreamweaver, you can choose to extract different resolution versions of that image too. The image in Photoshop is automatically scaled in different, predefined resolutions during extraction.

You can then call these images in JavaScript or media queries to display them based on the device they are viewed upon. For example, for high density retina display, you can use the 2X version of the image.

In the Extract panel, you can now view the width and height of images in % values in addition to pixels. You can also view the measurements in %.

When you click an asset in the Extract panel, the pop-up that appears provides you an option to switch between pixels and %. The unit you select in this pop-up is retained when you view measurements between assets.

Now, you can insert elements within other elements in Live view. When you drag elements from the Insert panel, Asset panel, or within Live view, and hover over different elements on the page, you will notice the visual feedback for nesting elements (along with before and after guides).

You can now simply click the name of the Selector in Element Display to edit it. You can commit the changes by clicking anywhere on the page.

The following options in the Coding toolbar related to collapsing code have been removed:

Note: These options have been removed from the right-click context menu and the Edit menu as well.   You can now collapse code by hovering your mouse over the line number and clicking the triangle that appears.   Also, the following options are now not available for HTML, CSS, and JS files. You can now use linting to find errors in the code and the Output panel displays the linting results.

All and Current modes

This mode is optimal if you want to create CSS, media queries, or selectors.

Hints for the property values

The testing server workflow improvements in this release aim to make editing of documents with server-side code in Live view easy and seamless.

Unlike the previous versions of Dreamweaver, you can now designate a specific server as either a testing server or a remote server, and not both. Check boxes in the user interface of server setup are replaced with radio buttons to enforce the specification of servers.

If you open a site or import settings of a site created in previous versions of Dreamweaver and if the site has a single server specified as both testing and remote server, a duplicate entry of the server is created. Then, one is marked as remote (suffixed with _remote) and the other is marked as testing (suffixed with _testing) server.

Here's the official announcement on this change on the Business Catalyst website.