This document provides information on the list of known issues in Character Animator.

Workaround: Either switch to the software renderer (in Project Settings, set the Renderer to Mercury Playback Engine Software Only) or use the latest version of Premiere Pro (14.7 or later). If you are using Premiere Pro (Beta), make sure you also install Character Animator (Beta).

Issue: On macOS Big Sur (11.0), the Character Animator scene does not appear when using the AJA T-TAP video device (in the Live Output preferences).

Workaround: This message is harmless, and you can just click OK to dismiss the error. To avoid getting this error message, launch Character Animator first.

Workaround: Make sure you're in a workspace that contains the Scene panel before opening the Preferences dialog box. Alternatively, upgrade to Character Animator version 3.1.

Workaround: In Illustrator, choose File > Save As, specify the file name, and click Save. Now in the Illustrator Options dialog box, set Version to Illustrator CC (Legacy). Alternatively, upgrade to Character Animator version 3.1. 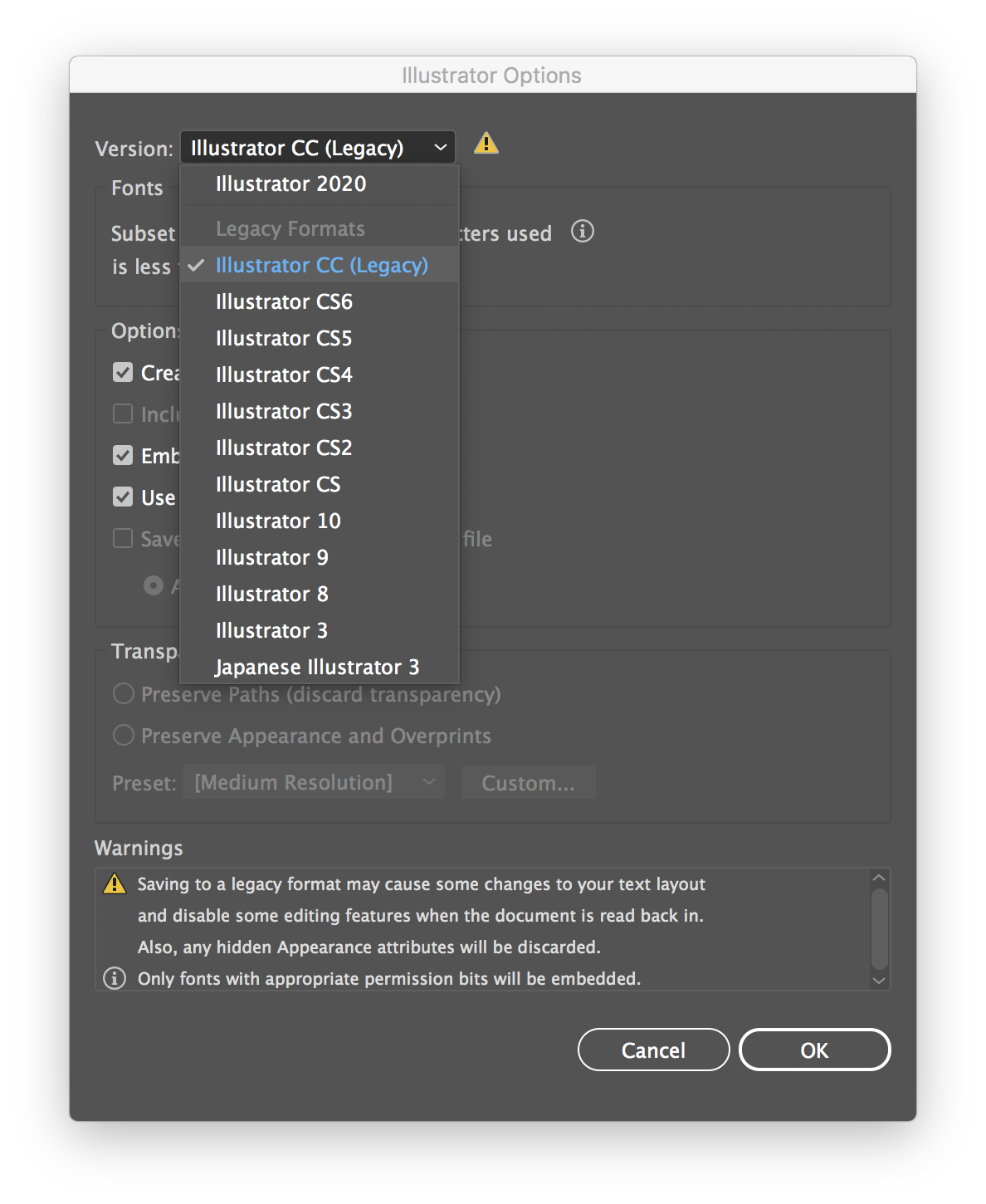 Issue: Open or import a puppet created in an earlier version of Character Animator. If the puppet has the Particles behavior but no Physics behavior applied, the particles do not emit.

Workaround: Add the Physics behavior to the puppet. The Particles behavior requires Physics to be at or above the same group in the puppet hierarchy that Particle is applied to.

Issue: While rendering scenes, the scene doesn't show any content and only shows the current background color.

Issue: In an Illustrator file, layers and groups with “Guide” in their name are not interpreted as guides/handles. The content of such files still even if muted in the artwork file. Only paths are supported by Character Animator.

Issue: Applying the Draggable handle tag to the top-level origin handle for a puppet does not allow the puppet to be dragged in the scene.

Workaround: If the puppet’s layers are enclosed in a single top-level group, apply the Draggable tag to that group’s origin.

Issue: Face, Keyboard Triggers, and Lip Sync behaviors in projects and puppet files created in earlier (Beta) versions of Character Animator might appear as obsolete.  They appear with "obsolete” after their names when opened in the latest Character Animator. Though they still work, they do not benefit from improvements made in newer versions.

If you update the behaviors for a puppet imported from a .puppet file, be sure to export a new .puppet file to share with other users. They cannot be imported into earlier versions of Character Animator once re-exported.