To duplicate a scene, select it, then choose Edit > Duplicate (Cmd/Ctrl+D).

To close the currently open scene in the Scene panel, press Cmd/Ctrl+W. You can also choose Close from the panel’s tab menu (opened via the blue scene name in the tab). Choose Close All to close all open scenes.

Use snapshots of a scene to reference a specific pose of a character when modifying the pose at the current time. For example, you can compare or align the positions of a hand between shots of a character. A snapshot appears as an onion-skin display. You can show or hide, update, and adjust the visibility of this display relative to the live version of the character. A snapshot can even appear in a different if the scenes have the same dimensions. 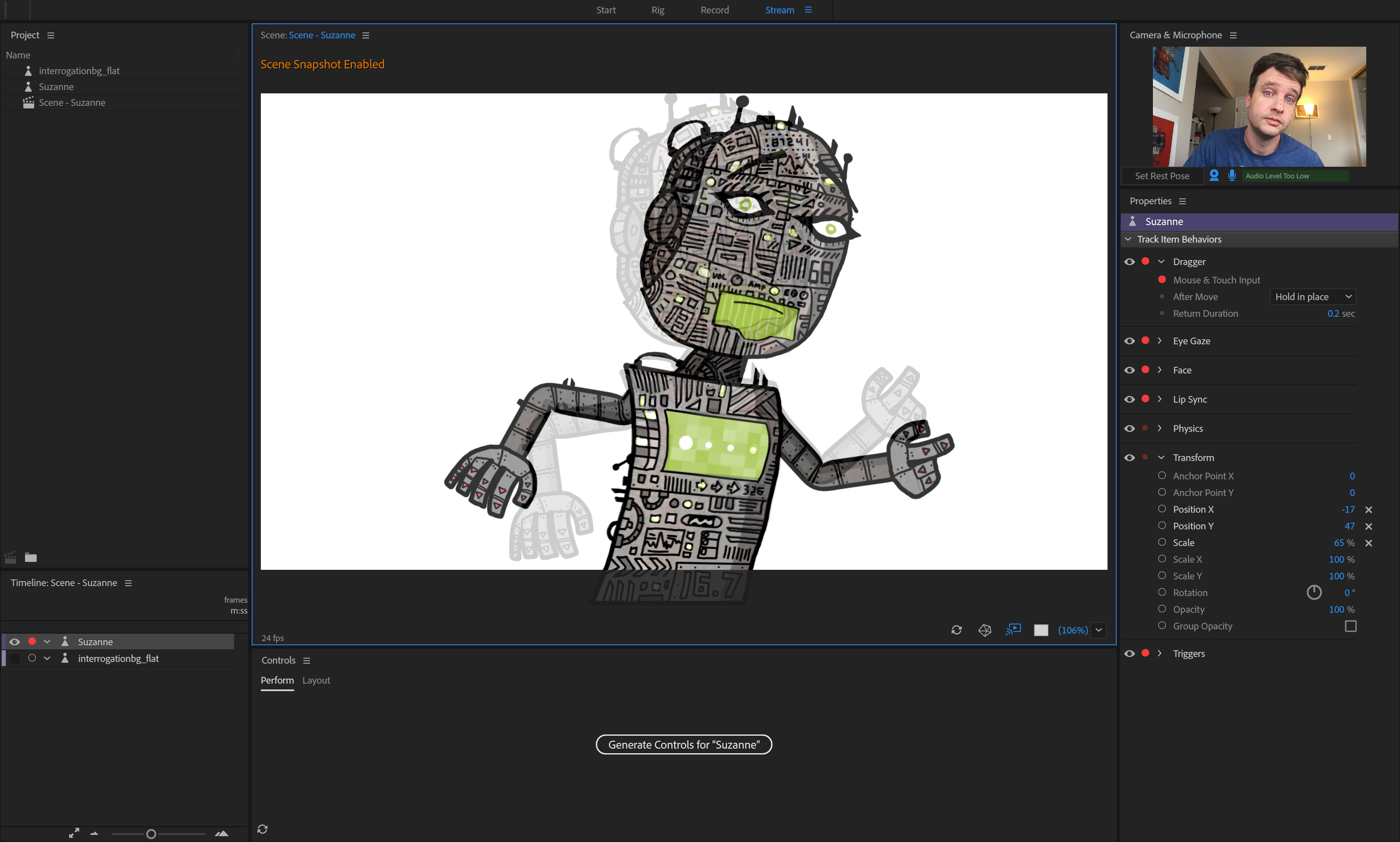