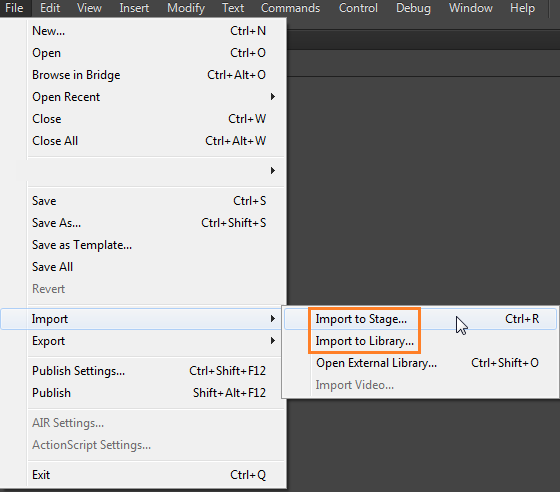 The ASND format is a non-destructive audio file format, native to Adobe Soundbooth. ASND files can contain audio data with effects that can be modified later, Soundbooth multitrack sessions, and snapshots that allow you to revert to a previous state of the ASND file. WebGL and HTML5 Canvas doctypes support only MP3 and WAV formats.

Adding a sound directly from your computer to the Timeline

Adding a sound from the library to the Timeline

Removing a sound from the Timeline

Adding a sound to a button

Editing a sound in Animate

Splitting a sound on timeline