When you try to import a file in Elements Organizer, you get the following error message: 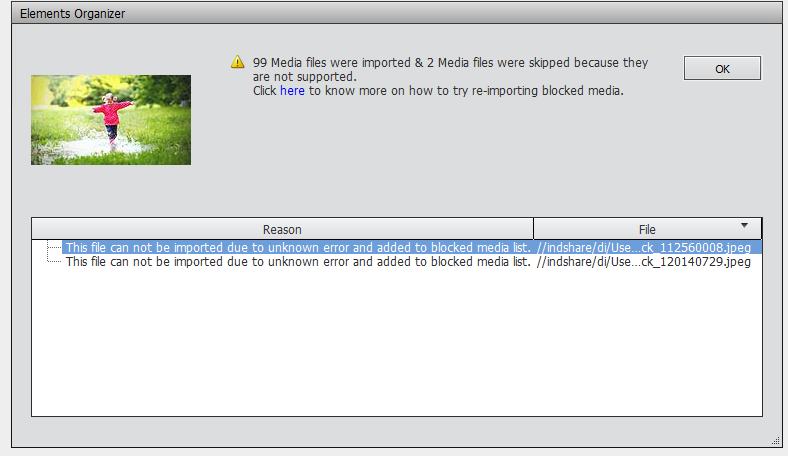 This happens because the media file is corrupt or has encountered some unknown issue. The import of this file caused the application to crash once before and it has been blocked for import this time.

Entries for the media files added to the blocked media list can be found in BlockListedPaths.txt file present at the below location: