You must use assets you created, or have rights to use the image(s) in your starter file. All assets with recognizable people must be model released.

If you plan to use stock imagery or templates, please prioritize free assets on Adobe Stock. Using free stock allows us to avoid having to contact the stock team to double check in-app usage permissions and evaluate relationships with contributors. Assets, especially templates, can be used as a starting place and customized, endlessly. 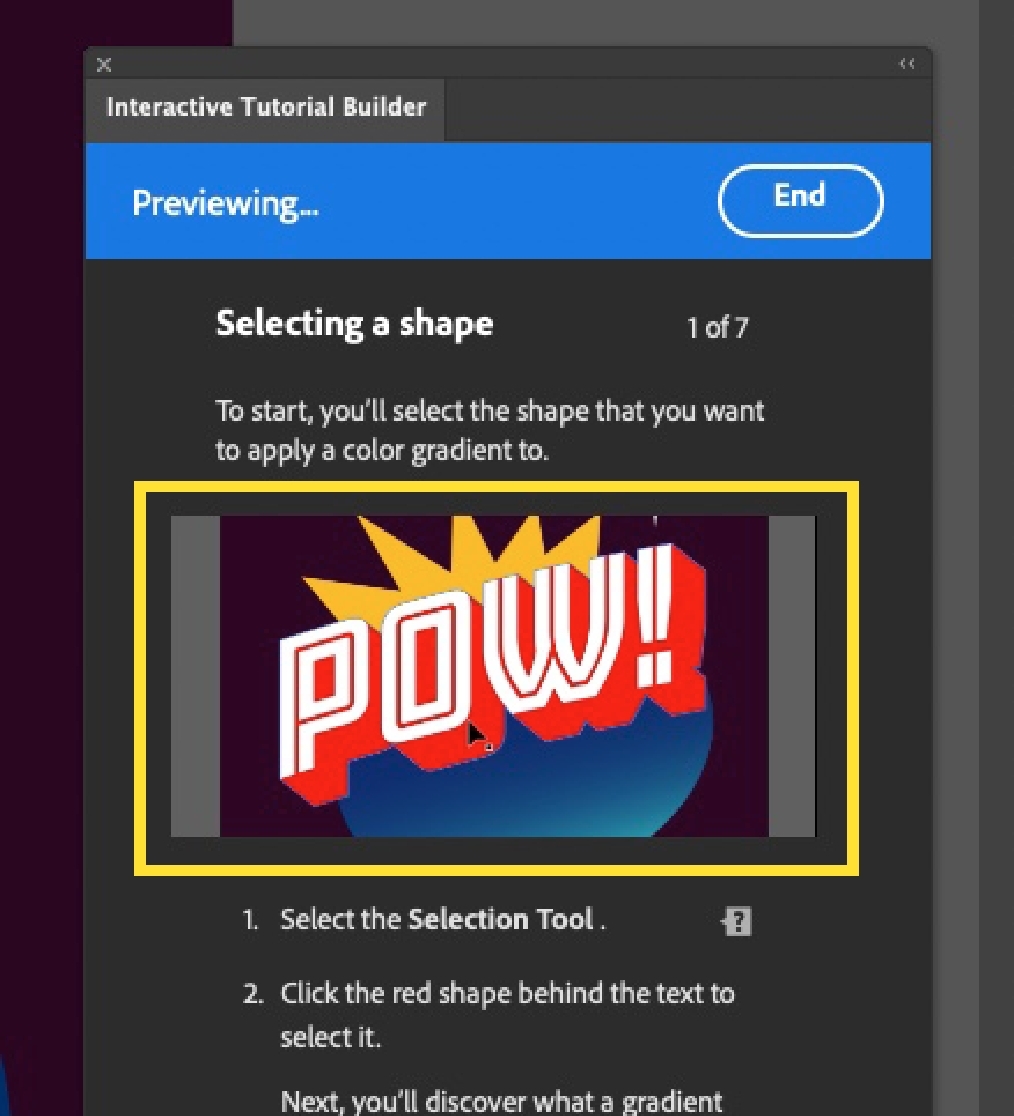 The section image is a static or motion depiction of key actions in a tutorial section.

For each section, you can choose between static images and motion (Mp4):

In order to get the best clarity in your screenshots, set the following:

This shared CC Library contains color swatches, cursors, and tool icons. Access it through the Libraries panel in Illustrator, in Photoshop, or CC Desktop. 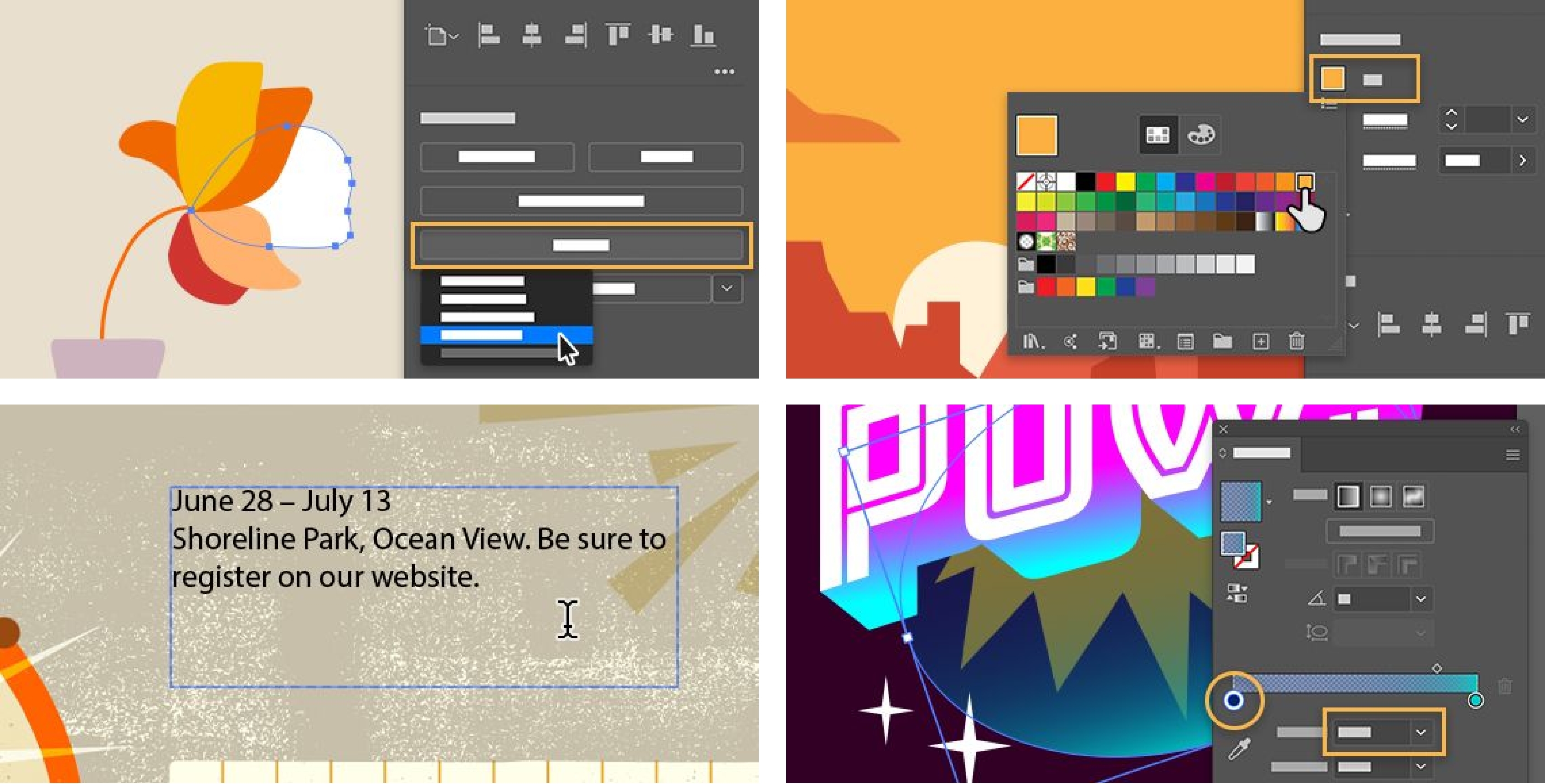 Recreate the scene in Photoshop

Creating and working with screenshots of UI

You can use the following template to build your own static section images from:

Check out how imagery is built in this layered example PSD

Given the scale of lines in screen captures, selection UI and bounding boxes often need to be rebuilt as vectors in Photoshop. 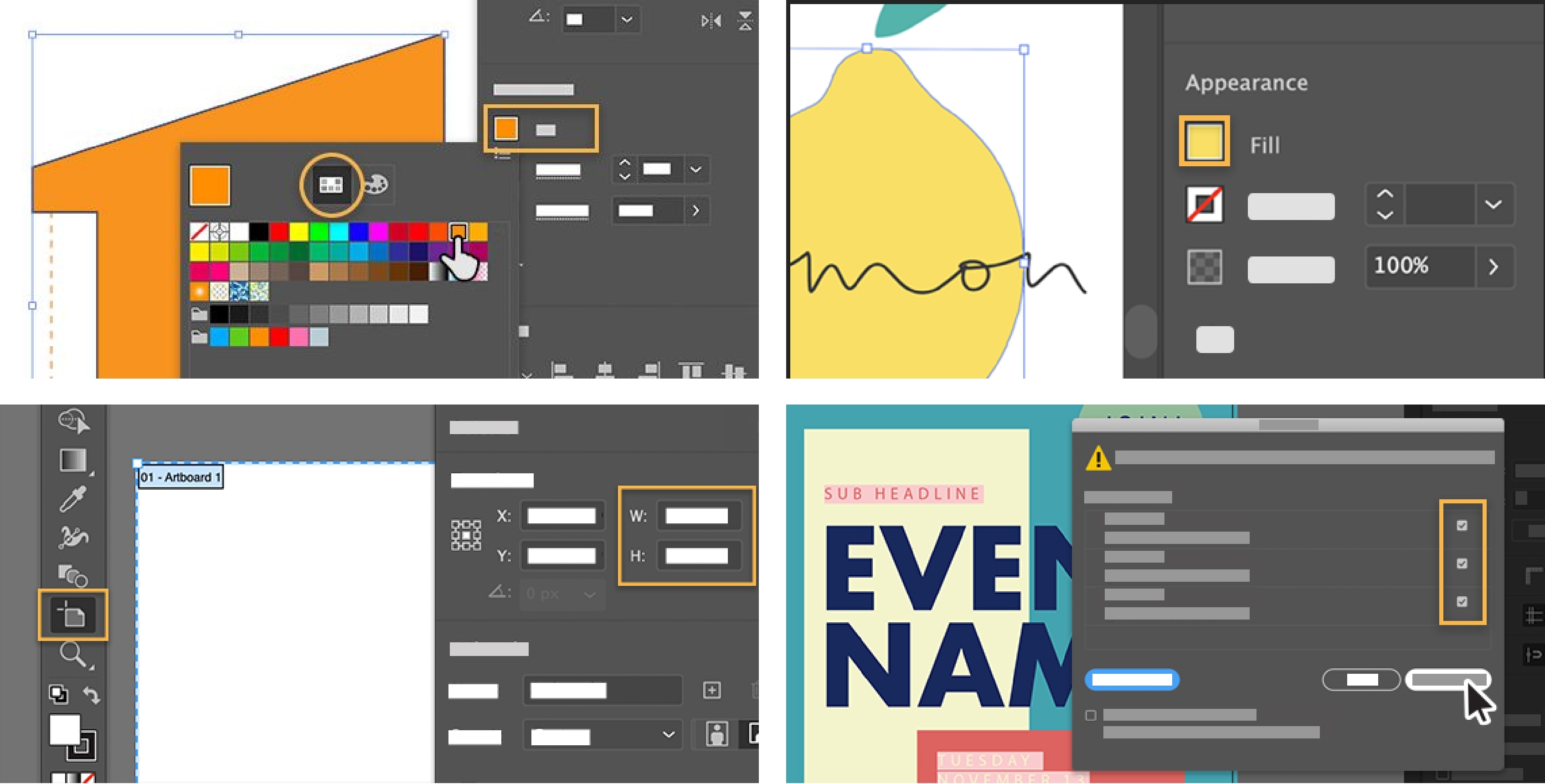 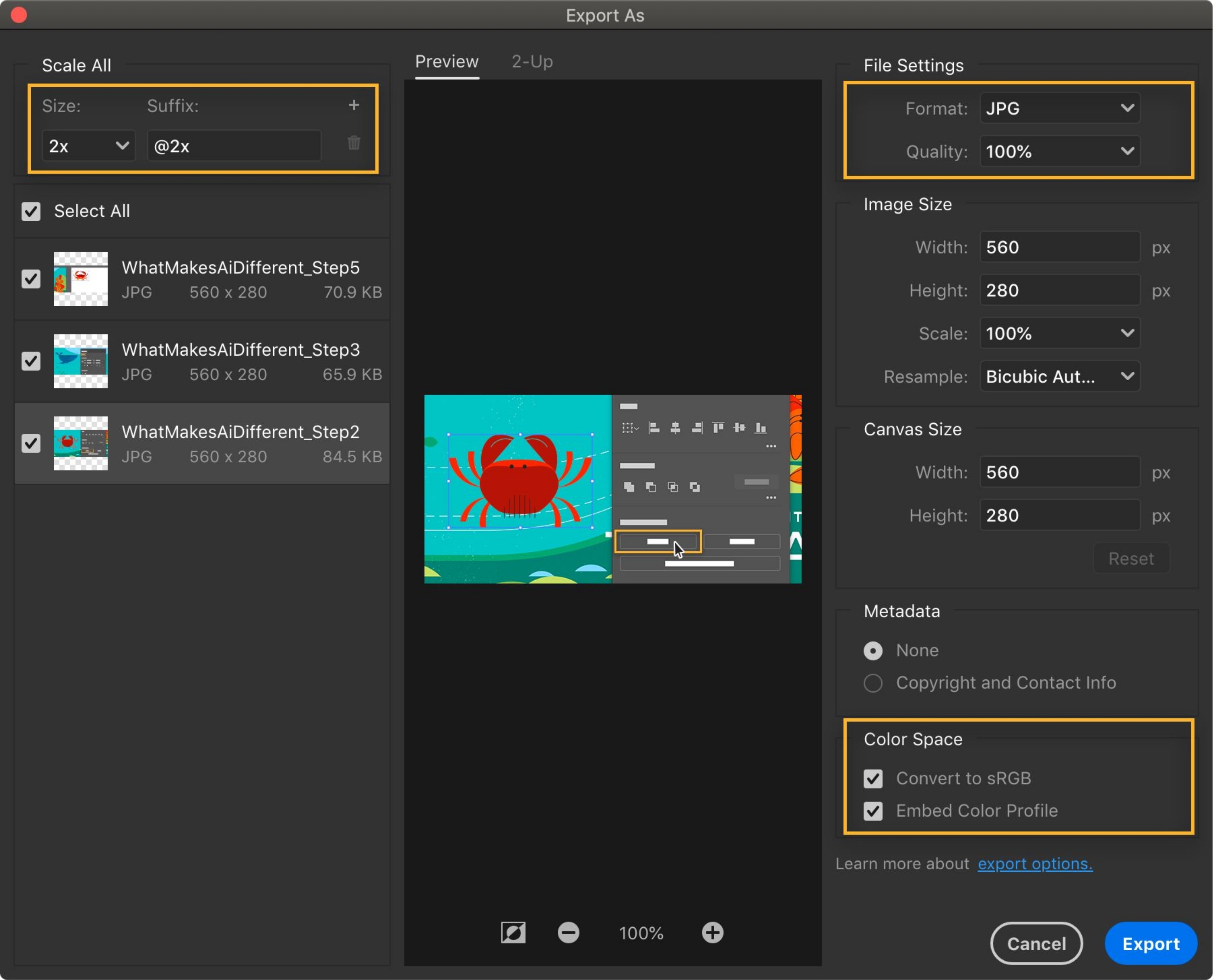 Template for a click animation for Screenflow. You can open this Screenflow project file, copy the animation, and paste it into your Screenflow timeline. 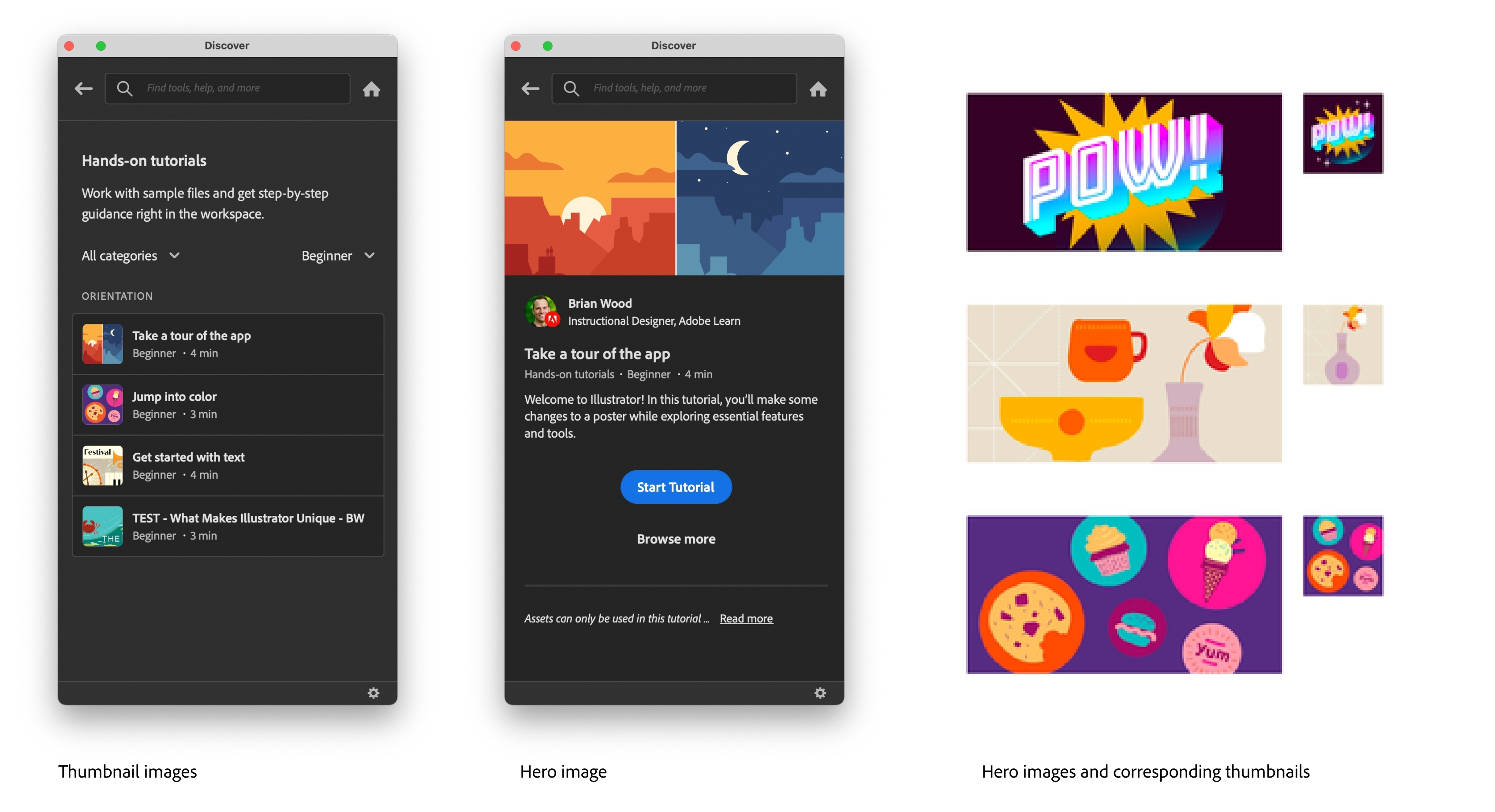 If you’re designing a series of tutorials that leverage the same artwork, the series heroes and thumbnails for each step should be variations on the same art. That way they hang together as a set but are still recognizable on their own as individual tutorials. Each hero and thumbnail combination should preview (however abstractly) the topic for an individual tutorial within the set.

Ideas for ways to do this:

Head to Image specs for information on creating assets for TB-Ai.

NOTE: This section is for those authors who are efficient in After Effects and want to create their own section motion graphics as opposed to screen capture or static section imagery.

Dropping in cursors from CC Library:

Working with screenshots in Ae

Build selection UI and bounding boxes as vectors directly in Ae (especially if you’re showing how an object scales.)

Add easing between motion keyframes to give more natural motion.

Can be downloaded from CDA’s Dropbox