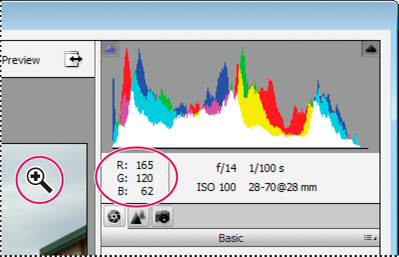 RGB values of an image 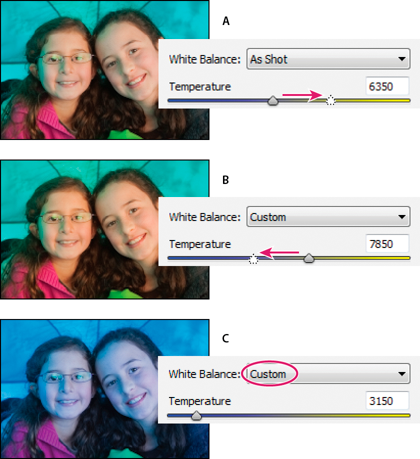 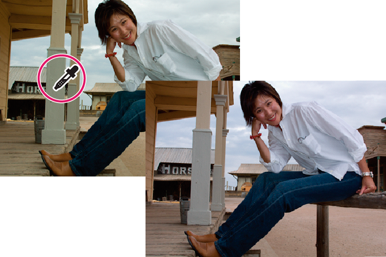 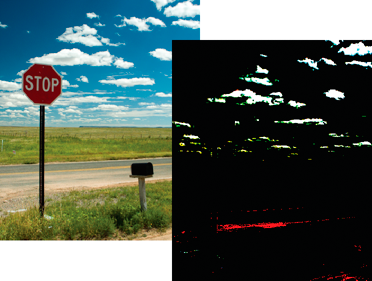 Hold down Alt (Option key in Mac) while moving the Exposure slider to show clipped highlights.