Editing audio in the timeline

The Audio Timeline provides a view of audio elements over time. The audio tracks appear as green bars with an audio waveform. You can edit the audio just like you edit other objects in the timeline.

Set sample-based audio In and Out points

In and Out points are set at time-base divisions between video frames. Although frame-based edits are adequate for audio as well, some audio edits require greater precision. For example, you want to place an In point between two words in a sentence, but the tiny division between words doesn’t conveniently fall between frames. Digital audio, however, isn’t divided into frames, but into audio samples, which occur far more frequently. By switching the sequence’s time ruler to audio samples, you can set more precise audio In and Out points.

In the timeline panel, click the three stacked lines

next to the sequence name and choose Show Audio Time Units from the drop-down list. 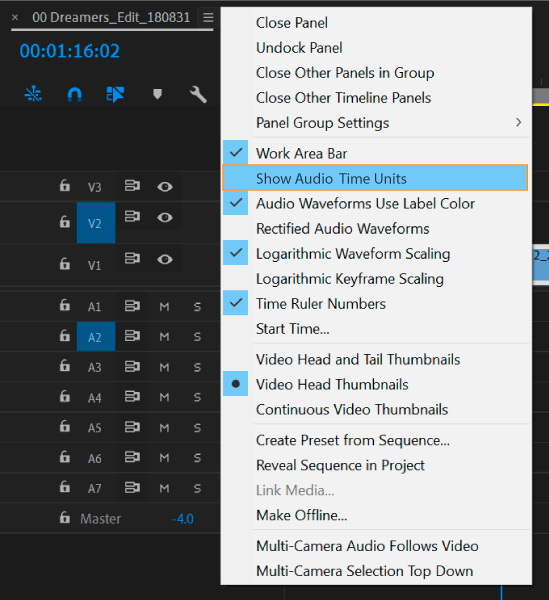 In the Project panel, clips that contain both video and audio appear as a single item, represented by

The video and audio portions of the clip are linked so that when you drag the video portion in a Timeline panel, the linked audio moves with it, and conversely. For this reason, the audio/video pair is called a linked clip.

Ordinarily, all editing functions act on both parts of a linked clip. When you want to work with the audio and video individually, you can unlink them. When you do, you can use the video and audio as though they were not linked. Even so, Premiere Pro tracks the link. If you relink the clips, they indicate whether they have been moved out of sync, and by how much. You can have Premiere Pro automatically resynchronize the clips.

You can also create a link between previously unlinked clips. It is useful if you synchronize video and audio that were recorded separately.

In a Timeline, Alt-click (Windows) or Option-click (macOS) either part of a linked clip, and then use any editing tool. You can also move the clip. When you have finished editing the clip, you can reselect the clip to edit it as a linked clip again.

Ordinarily, you set one In point and one Out point for a source clip. If it’s a linked clip, In and Out points apply to both tracks of the clip. Set in a sequence, the audio, and video of the standard clip appear at the same time. Sometimes you want to set the video and audio In or Out points independently, however, to create split edits (also known as L-cuts and J-cuts). When placed in a sequence, a clip trimmed for a split edit has its audio appear before its video, or its video before its audio. 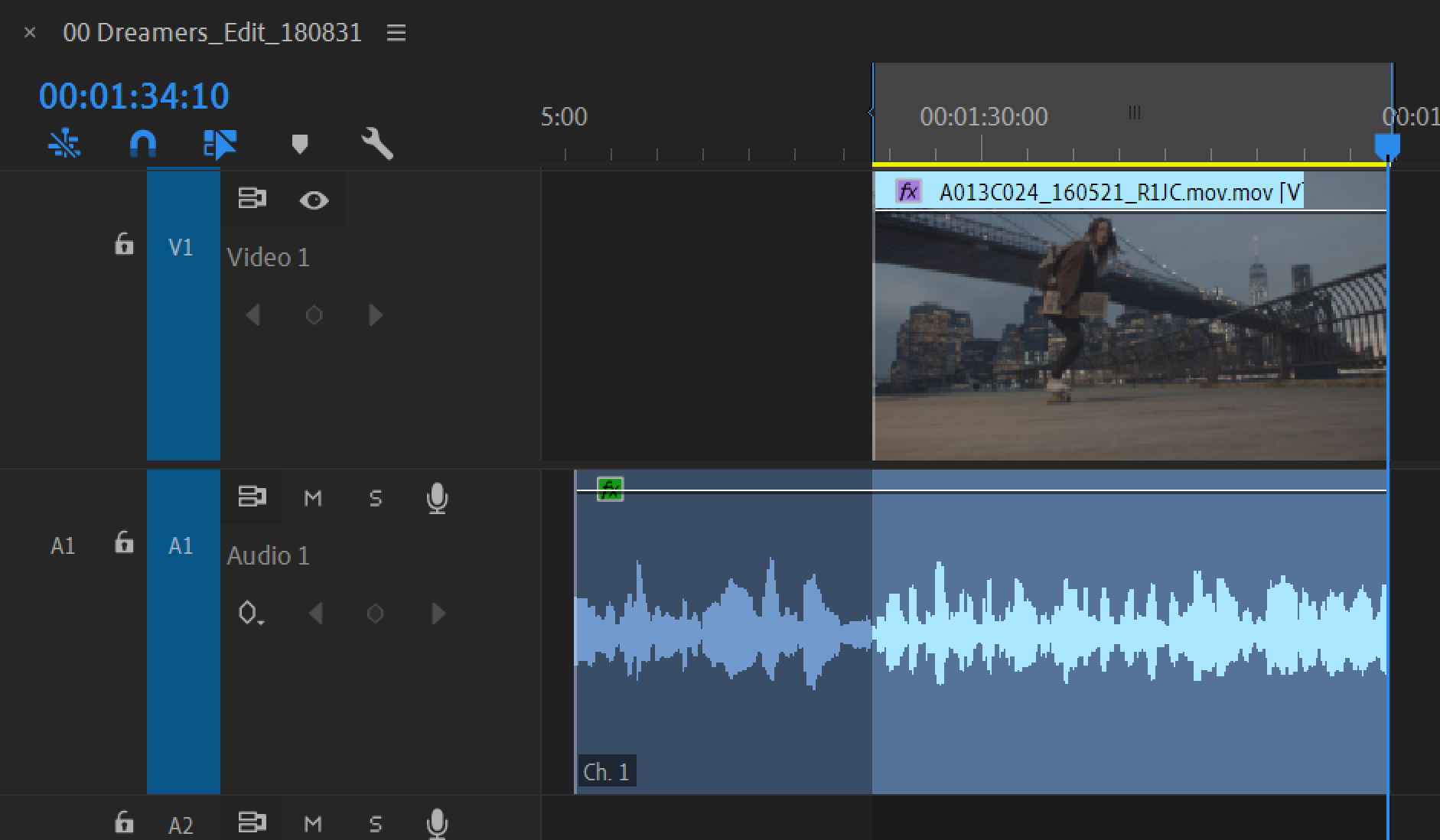 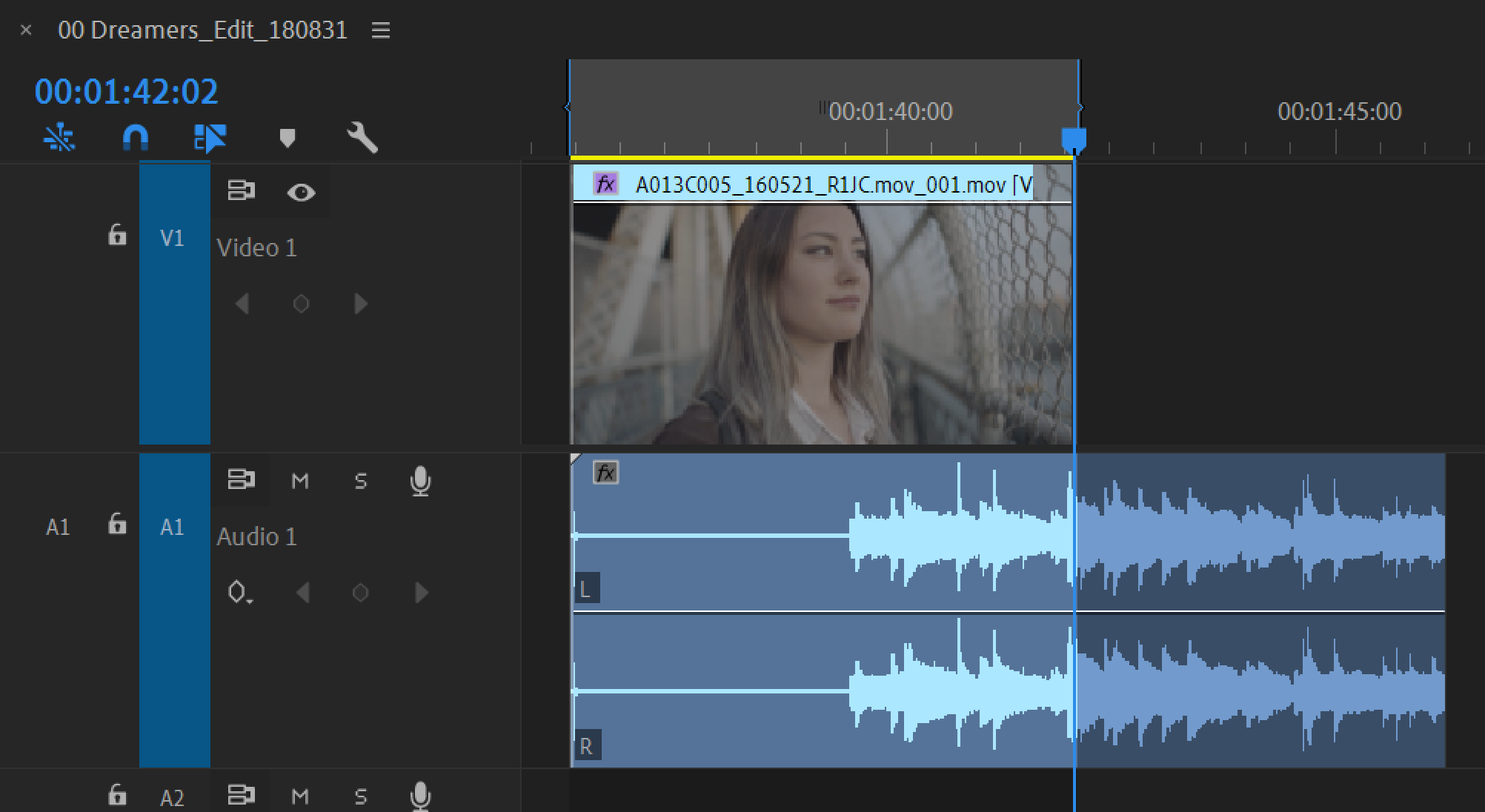 Although it’s common to create split edits after clips are assembled into a rough cut, it’s possible to trim clips for split edits in the Source Monitor before adding them to the sequence.